Ducati 916 S? Something’s wrong with me… 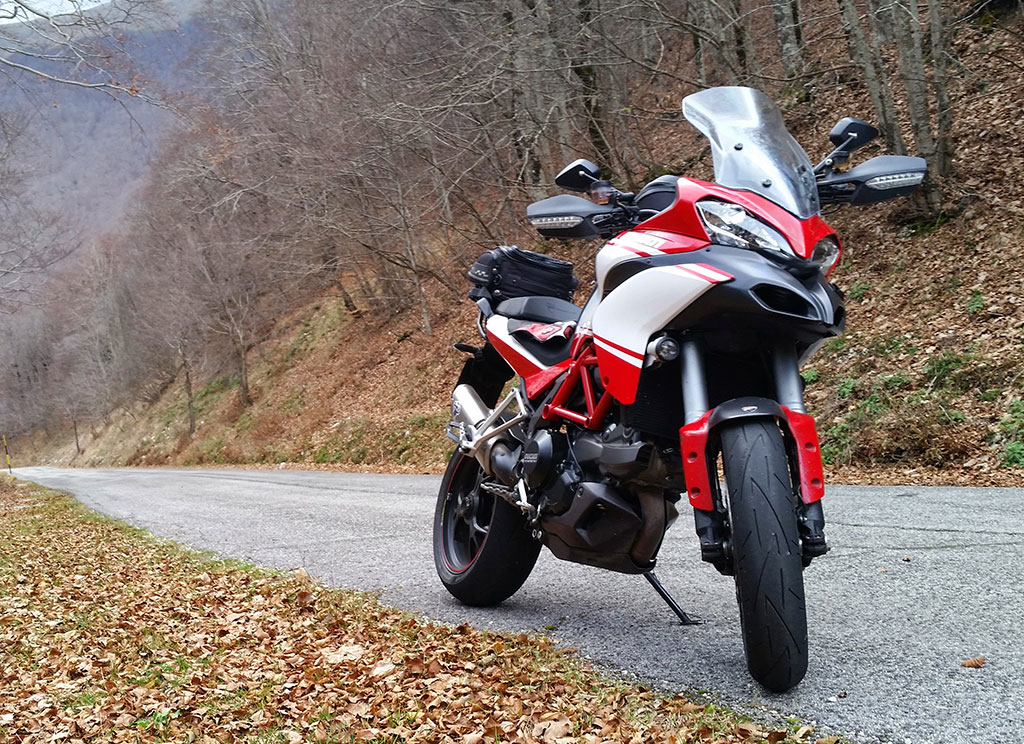 by Alessandro Bianchi. I know, not even a month has passed since the official presentation of the brand new Multistrada V4, which I already speak of previous versions as ancient obsolete ancestors, ended up in collective obliviousness. It is obvious that this statement of mine is sarcastic and provocative, but I think that in the […]

by Alessandro Bianchi. I know, not even a month has passed since the official presentation of the brand new Multistrada V4, which I already speak of previous versions as ancient obsolete ancestors, ended up in collective obliviousness. It is obvious that this statement of mine is sarcastic and provocative, but I think that in the end, this is ducati's intent,…

I know, not even a month has passed since the official presentation of
the brand new Multistrada V4,
which I already speak of previous versions as ancient obsolete ancestors, ended up in collective obliviousness. It is obvious that this statement of mine is sarcastic and provocative, but I think that in the end, this is ducati’s intent, that is to reset our memory, turning the page, giving a clear cut to the glorious era of the twin-cylinder, paving the way for new horizons to the revolutionary V4, trying to make us forget the skills of the previous models, which in addition to being two-cylinder, were means of performance , capable of transmitting strong emotions, but at the same time equipped with a versatility that allowed its daily and global use.

In 2013 the Multistrada was released equipped with the new Testastretta Evoluzione 11Â° engine, enjoyed an extraordinary bike, which combined with the comfort of driving allowed you to transform yourself into a real “step abattoam”. Having had almost all the models (2011, 2013, 2015, 2017, 2019 of which several S, Pikes Peak and Enduro), according to my very personal analysis and based on my memories, I believe that the most successful, balanced and pleasant to drive was precisely the one that came out in 2013. 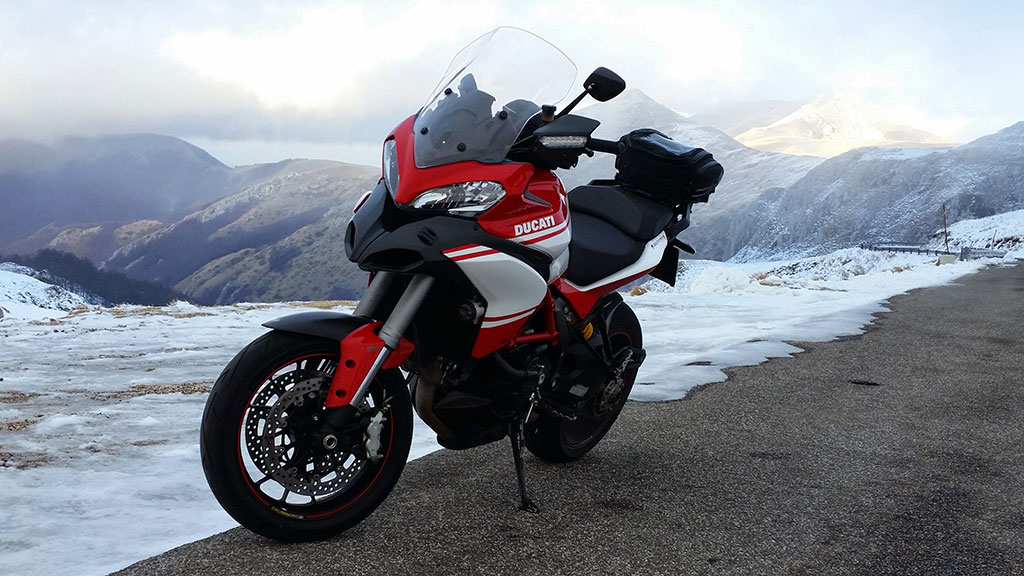 In fact, the 11Â° Evolution Narrowhead, was the first engine that mounted a double candle per cylinder, making it decently fluid at the lows, very parca in consumption, but with an extraordinarily full engine at all speeds, with a great torque and a beautiful progression, all managed by the brand new Sky-Hook semi-actives. In short, a truly amazing medium that deserved the name of “great iron !!”.

This, in my opinion, was the maximum expression of the Multistrada concept, which was to enclose three motorcycles in one, created and conceived by Ducati, the project incorporated three dimensions: sportsmanship, touring and finally off-roadvehicle, obviously understood as light. Also because of these three segments what stood out most was sportsmanship, which was repeated in the guide with the typical distinctive features, bringing back the characteristics and skills of the then 1198, at the time the symbol of the brand, with all its peculiarities.

In second place was the Touring aspect, that however he could propose an absolutely comfortable and suitable vehicle to travel, obviously within the limits and for what were the characteristics of a pushed twin, in the city it was not the maximum, but still on the highway you traveled at 150/160 without taking a wind, so much so that with my Multi Touring I went there to Sweden, shooting me on the first day 1730 km all in one breath !!!! 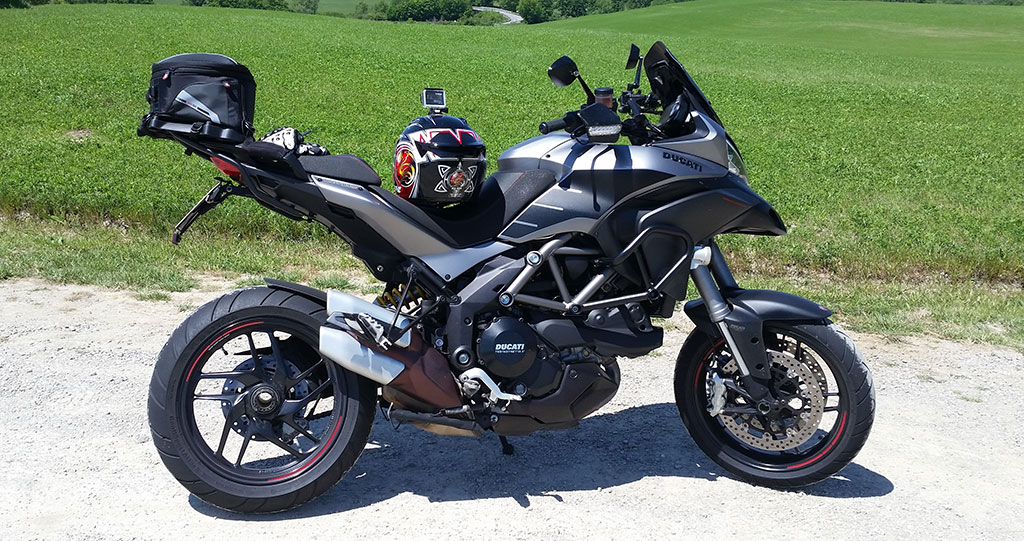 Finally, the OFF-ROAD mode that was obviously intended to travel some dirt roads without major sails. Overall, the concept of Multistrada was well centered and managed to give fans three bikes in one, with a versatile vehicle that also allowed you to go to the sea with the trunk or leave for The North Cape, without giving up the typical performance that Ducati vehicles were accustomed to have.

And it is precisely on this point that I would like to dwell, the sportsmanship that was proposed to you was at the highest level, in fact the bike was superfine and had extreme altitudes but with a fairly open forearm that made it very fast in descending into the fold, and at the same time gave great safety even in the curved at high speeds, in addition the magnificent treliccio allowed a lot of support even to the maximum inclinations. Stripped of the bodywork, in fact, there was a clear similarity with the 1198.

At the rear it mounted a nice 190/55 and in front of a 120/70/17; the first equipment was supplied with the Skorpion Trail, then excellent compromise for dirty roads and to be able to allow also beautiful folds, but if you changed his shoes with something more specific and performing, then it became a real cutting weapon, on the steps there was none for anyone and even the most famous sports cars on the mixture feared comparison. 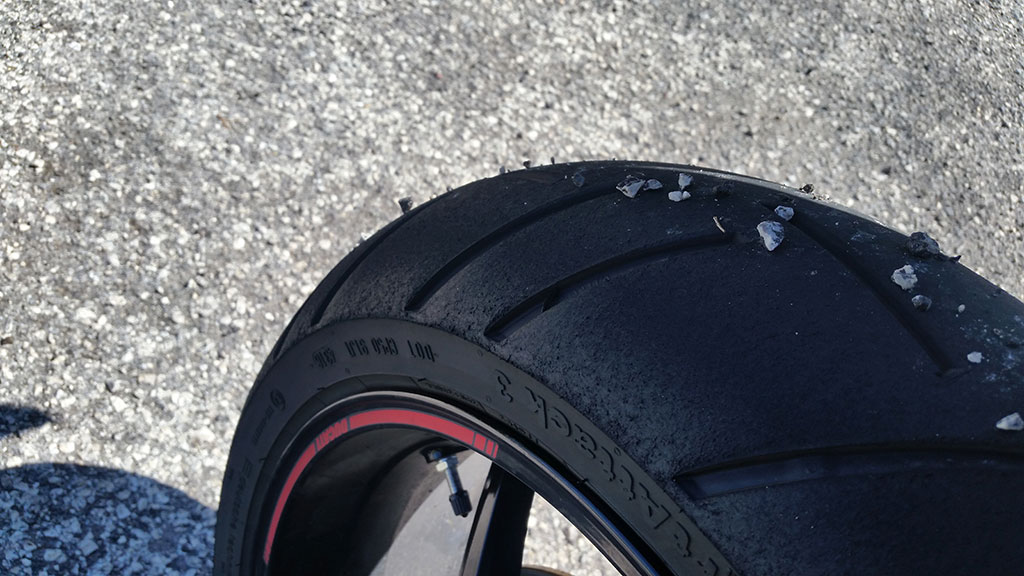 I remember that the platforms and the related brake and gearbox levers were far-fetched, precisely because the corners that allowed this vehicle were pure racers, gives there you understood and appreciated the concept that it enclosed, which allowed you to enjoy a sportsmanship of the highest level, able to give magnificent sensations and fun while also giving you the opportunity to travel comfortably , experiencing this bike in its entirety, earning the name of the “total bike” that in my opinion, was represented only by the Multistrada of those years. 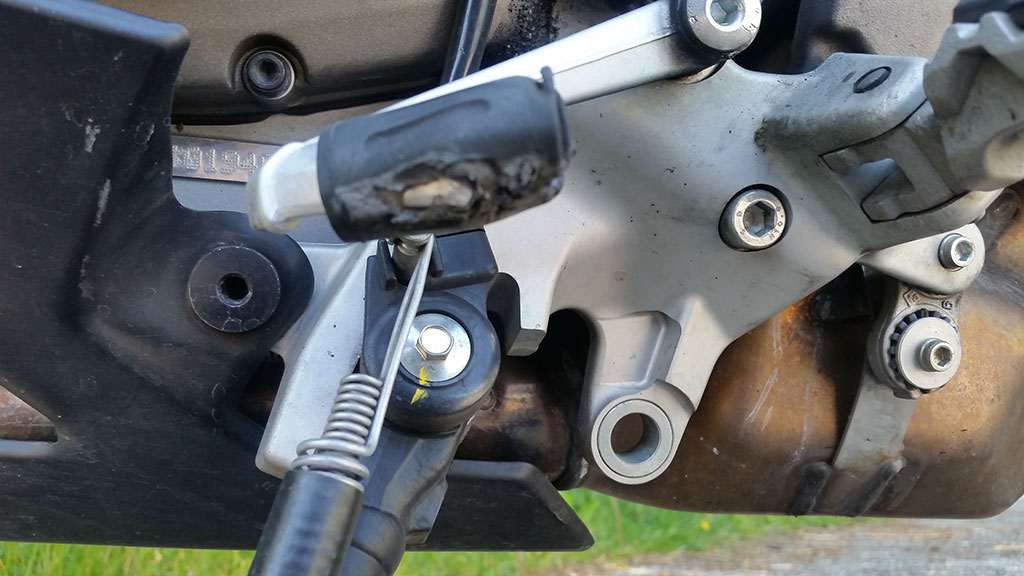 And now the brand new V4?

Now the term Multistrada, although this model retains its name, no longer seems appropriate to me, so I will simply call it V4. In fact, this new creature is born from a white sheet, where tradition and distinctive features have been removed, leaving only the name as the only reference to past models. Having tried it, of the Multistrada concept objectively, I no longer match it, rather framing it simply as a Crossover. I think ducati has replaced the segment, precisely to go and contrast with the Gs, in fact getting in the saddle and driving it appreciates, as already mentioned, the extreme ease of driving; it is low, it touches well, the engine manages to turn very low and the front from 19 makes it pleasantly round, thus embracing the same skills and characteristics as the Gs.

Nothing to say about this V4, we would miss, an absolutely valid vehicle, which however fully embodies the concept and segment of crossover, excellent for traveling without getting tired, easy and attractive to everyone, where the horses are 170, all of good family and masterfully educated, are provided in a constant way with a linear progression, without holes but also without emotions. Obviously there is not even the shade of sportsmanship, it allows you to have fun, but not to overdo it or exaggerate with mind-boggling folds as its ancestor was.

Concluding the real Multistrada to which I refer was a real sports punishment, with a malandine disposition that knew how to excite you at every exit both for the adrenaline rushes it gave and for how it managed to amaze you simply by walking and making you enjoy the views.

In conclusion I can say that the Multistrada of the past was a means that in the context of the three identities it represented, could excel expressing itself at very high levels, in particular for the sports one, where its performances were absolute, then to follow a very valid and reliable travel companion, which also allowed to walk some white road with discreet results due also to its lightness.

For the new V4 instead the concept is diametrically opposite, excellent for the city, convenient to travel, not very parca in consumption, pleasant in driving in general, it is fine everywhere without excelling in anything, erasing sportsmanship and without exciting, a motorcycle with little character and little Ducati soul, but still a nice half !!

Good way to all Biker’s

“We Ducatisti” collects opinions, tests and considerations of enthusiasts. If you want to see your content published, send us text and photos info@cuoredesmo.com. 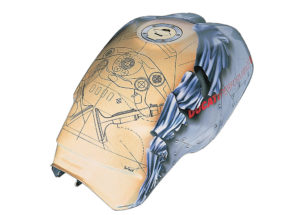 Ducati Multistrada: all models from 2003 to today