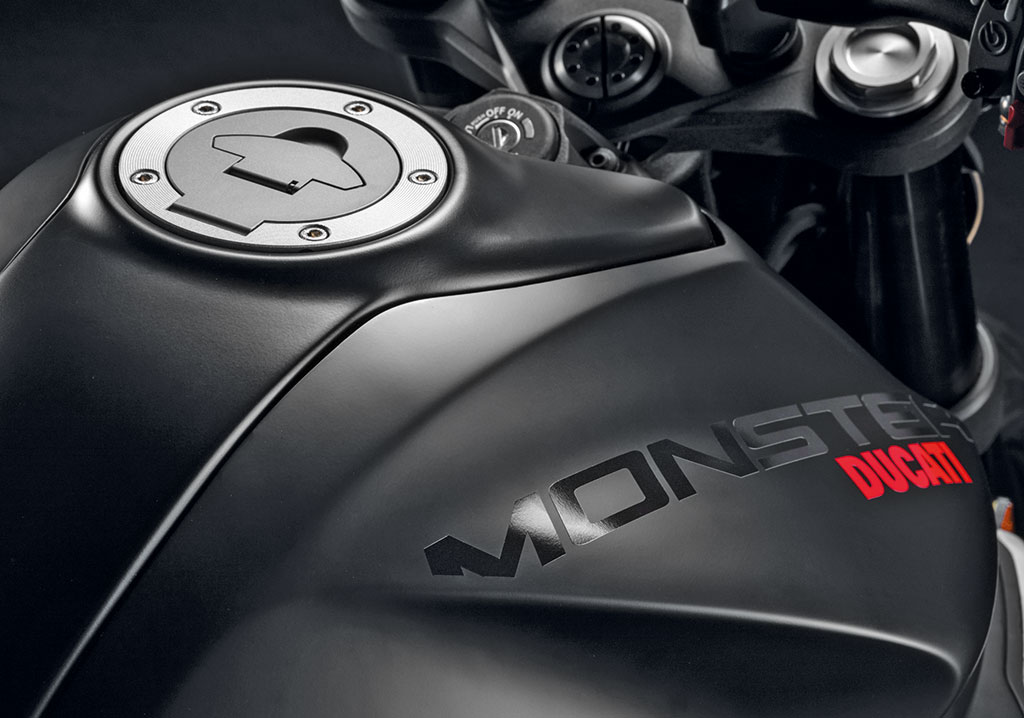 The new Monster presented by Ducati breaks with the past, making the hard and pure ducatisti turn their noses up. The company’s business strategy seems to take shape. 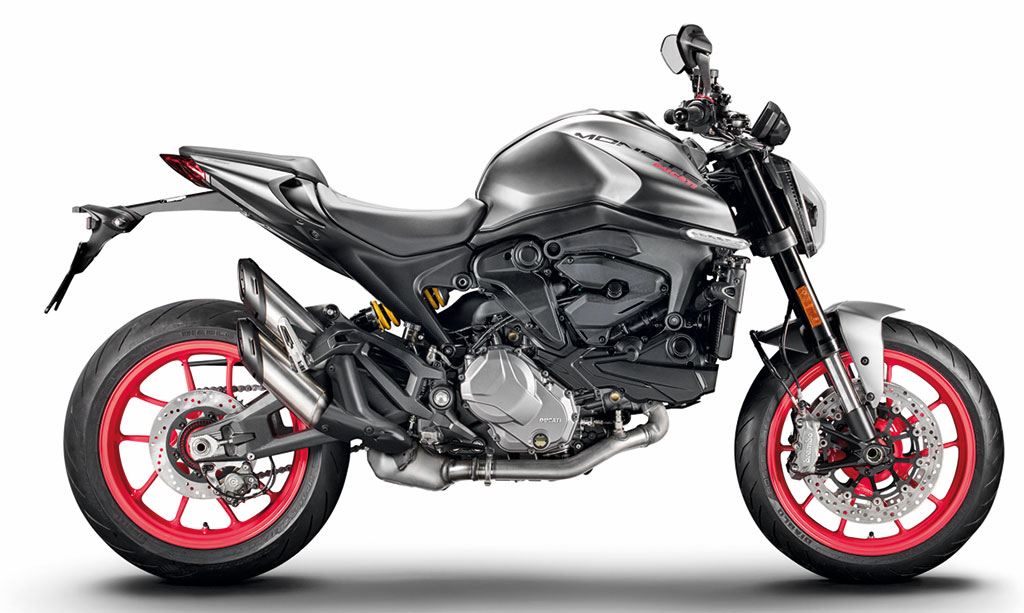 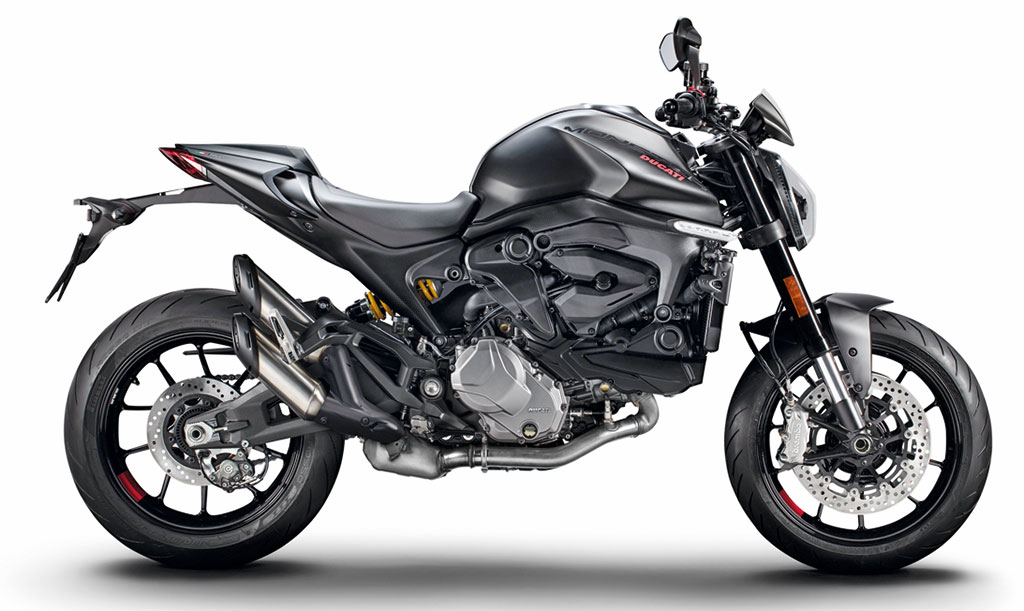 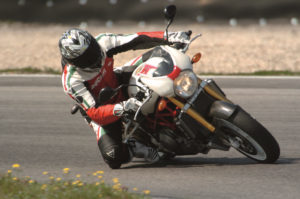 The new Monster presented by Ducati breaks with the past, making the hard and pure ducatisti turn their noses up. The company’s business strategy seems to take shape.

As soon as it was presented it was immediately an open sky; on social media the various commentators went wild and the kindest comment, well, we can't repeat it here! The reason for the dispute is obviously the new Ducati proposal on monstertheme, with the presentation of a new model that, in one fell swoop, replaces the 797 and 821…

As soon as it was presented it was immediately an open sky; on social media the various commentators went wild and the kindest comment, well, we can’t repeat it here! The reason for the dispute is obviously the new Ducati proposal on monstertheme, with the presentation of a new model that, in one fell swoop, replaces the 797 and 821 versions.

But why so much astio? It is probably the end result of a kind of chain reaction, certainly triggered by after this first nice blow to ducatist convictions, here is the second: a new Monster that clearly distances itself from the past; just to say, goodbye to the brat frame and here is an aluminum front frame!

The effect was a bit like what you create when you question those two/three cornerstones that seem to hold our beliefs or beliefs together; the world collapses on you.

Then, let’s face it, we duchies are a little conservative: the most beautiful bike is the one that is no longer there, the model of before, because today’s, no, is not really good! For those who have a bit of historical memory, it happened so even with 916, with many nostalgic to regret 851 and 888!

Even the Monster of 1993 initially horrified hard and pure enthusiasts, those of conical couples, who had the left hand of steel to handle a clutch lever as hard as an obsessive.

Anyway, let’s be clear, when I saw the new Monster, I was sick too! To understand that it is a Ducati you have to focus on the writing on the tank, while with the Monster, historically, it was not needed, so much so that for some years every logo was also removed from the bike: it was a Monster, by golly, you could see it very well!

In short, the bike seemed anonymous to me, too similar to the competition, perhaps the fault of that lighthouse that makes me look too much like brutal? But let’s face it, these are pretty my business, in the sense that what I don’t like can please many others instead.

However, how do we deal with the disappearance of the beloved brat frame, a true hallmark of Borgo Panigale?

Leaving aside nostalgia and personal tastes, reading the press folder I was amazed: the new frame, which takes up for shapes and concept that of the Panigale V4, weighs 4.5 kg less, really a lot of stuff.

To this must be added the kilo and nine of the rear frame, now built in a special component called GFRP (Glass Fiber Reinforced Polymer), and you arrive, if mathematics does not deceive me, to a saving that for cycling alone is 6.4 kg.

It may be less iconic, as they say today, than the slit, but the diet is really important, so much so that the bike stops the needle of the scale at 188 kg in running order: a great result for a motorcycle that still has 111 Hp.

That said, it would therefore seem a nice step forward compared to the 821, also because to the chassis data must be added the weight reductions deriving from swingarm, engine (-2.4 Kg despite its upper displacement) and rims; in short, to cut a long story short they are 18 kg less always than the previous four valves!

To be sure, an enormity that will surely have a feedback on the driveability of the vehicle.

Always scrolling through the press folder of the new bike impressed me another aspect: this monsterino has the electronic equipment of a Panigale!

Don’t you believe it? Read here: “Monster’s electronics sector is at the top of the segment. The standard equipment includes ABS Cornering, Traction Control, Wheelie Control, all adjustable on different levels of intervention. The sporty character of the new Monster is also underlined by launch control that ensures lightning departures. This top-of-the-range motorcycle equipment allows the Monster to safely express its performance.

Riding Modes allow you to shape the character of the Monster according to tastes and needs. Everything is easily manageable through the handlebar controls and the 4.3″ colour TFT dashboard characterized by racing graphics that take up that of the Panigale V4, with a large t-infection in the center and, among others, also the indication of the gear inserted”.

To all this must also be added the electronic transmission as standard, both in acceleration and in climbing; excellent equipment for a motorcycle that costs 11,290 euros, not a little overall, but, in my opinion, very competitive if you take into account how much the package offers.

In short, to cut a long story short, it seems to me that in Ducati they have quite disinterested their traditional customer, focusing above all, with this Monster, on a new audience, that of newbies, of those who approach the brand for the first time and, why not?, the female audience.

In fact, as active safety the bike is a lot ahead of the competition and then there are many other details that make me think of this particular use destination, such as attention to ergonomics and comfort; the new Monster, in fact, is low saddle (820 mm with 70 mm of padding), has very narrow sides to facilitate the ground support of both feet and has greatly reduced the steering radius, ideal solution in city use.

Finally, it also helps the engine to put at ease, with a slightly higher maximum torque, but which arrives 1250 rpm earlier than the 821 engine, i.e. medium-low r√©gimi, the most used on the road; finally, the load required to operate the clutch is 20% lower than the previous version.

In short, many clues that make me think how for the Monster the same logic of the Multistrada V4was adopted, with the resounding abandonment of The Desmo.

Also in that case a clear signal of how Ducati wants to abandon its vegetable garden to focus on new horizons, to all those bikers who are interested in the advantages and characteristics of the model, but who know little or nothing about dry clutch, hoave frame and Desmo distribution.

An obvious choice, if we think in terms of the market, but that should also entice us long-standing ducatisti to be more ready to accept the news and the fact that the world goes on anyway.

Then enough of the preconceptions, the a priori judgments, the dated convictions; motorcycles must always be tested carefully before spending on hasty judgments, only in this way can you appreciate the progress of technology and electronics applied to two wheels.

That said, sorry, I’ll end here because my 1995 Monster 900 is ready for a ride in the garage; he’s a little ignorant, better not make him wait!

The new Monster at a glance

Standard equipment such as Monster with the exception of:
Dome
Passenger saddle cover

Ducati Monster: all models from 1993 to today