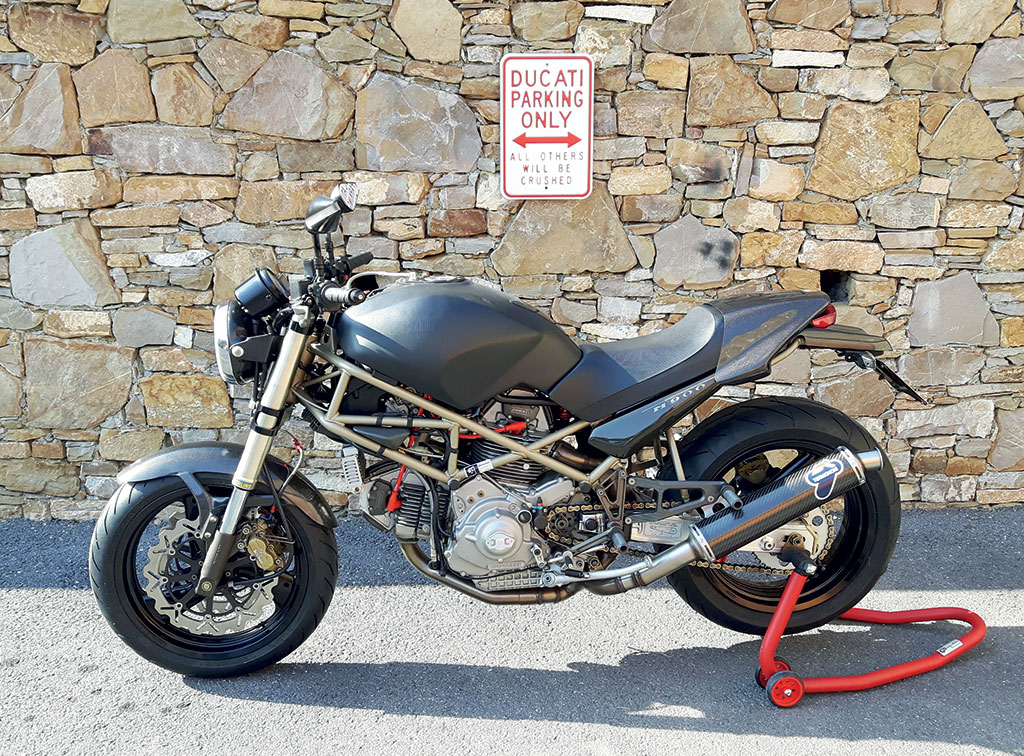 Certainly not an aesthetic elaboration, the one carried out on his Monster 900 by Andrea Cattaneo, who instead focused on lightening and performance.

You have already read this in the presentation of the new Monster 821 model year 2018: in 2017 it is the 25th birthday of this bike that has played, and continues to play, a fundamental role in Ducati history. An unparalleled commercial success, such a wide spread that it can certainly be said that the monsterist community is certainly among…

You have already read this in the
presentation of the new Monster 821
model year 2018: in 2017 it is the 25th birthday of this bike that has played, and continues to play, a fundamental role in Ducati history. An unparalleled commercial success, such a wide spread that it can certainly be said that the monsterist community is certainly among the largest and most passionate in the motorcycle world.

The same must have been thought by our reader Andrea Cattaneo, who offers us his version of this true icon of the Ducati world.

A particular feature of his proposal is that it is certainly not the result of the work of a winter spent in the garage, but an infinite “work in progress” that, year after year, sees him engaged in finishing, modifying, rethinking his constantly evolving project.

The bike you see in these photos, therefore, is not destined to remain so: Andrea is already thinking about new variations on the theme, some even substantial, such as the assembly of a beautiful pair of 41 mm Keihin carburetors or the radial brake and clutch pumps.

This unceasing work depends not only on the time available, but, as Andrea rightly points out, on the considerable cost of these valuable technical upgrades; then, we add, there is also the advantage that the bike in question is difficult to come to bore, because it constantly changes, without giving time to consider the preparation work completed.

Do not take under the leg, therefore, this special if at first glance it does not surprise you with the special effects, as the bulk of the changes work under the track, allowing you to significantly distort the character of this Monster.

The engine, in fact, is equipped with the classic kit 944 with high compression pistons, the heads are those with large valves, while the cams have the racing profile, produced by Cams F1.

The substance work continues with an ergal flywheel lighter than the original, same material for the pulleys of the distribution and the clutch bell, then we continue with the primary gear drilled and lightened, the variable advance control unit AL 9000, the magnesium clutch carter and complete discharge Termignoni: not bad, right?

The substance continues with braking brake discs, the 520 pitch transmission kit, the Road Racing aluminum tank (which leaves the vertical cylinder on display), the Style & Performance platforms and the lithium battery: all changes that allowed Andrea to achieve the legendary result of having 20 hp more and 20 kg less!

In order of time, the last change turns out to be the installation of the beautiful steering plates obtained from the tank with titanium screws produced by the Milanese AEM Factory, made by the company on the occasion of the 20th anniversary of the Monster.

But with all these extreme changes how’s the old dear monsterone going?: “With this processing and the lightening of the rotating masses (the minus 4 kg in the engine make it very nervous) – cattaneo tells us – driving it seems to be on an imbestialito bull, so much so that you have to control the opening of the gas even in the second, otherwise risking overturning!“. 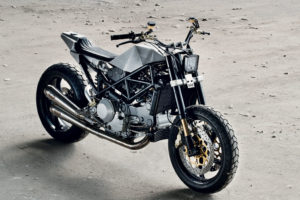 About the new Monster, between tradition and innovation

About the new Monster, between tradition and innovation