Mr. Takeshita’s Ducati GT 1000 is a motorcycle that recalls a replica of the 1970s model, with the addition of modern elements.

The Sport Classic family, with its GT 1000 model, immediately recalls the 750 GT, which in the seventies wrote a beautiful page in the history of the Borgo Panigale brand. Mr. Takeshita, director of Marutomi Motors in Yokohama,starting with a GT 1000, wanted to create a nostalgic replica, but at the same time even more beautiful and original and succeeded.…

The Sport Classic family, with its
GT 1000
model, immediately recalls the
750 GT,
which in the seventies wrote a beautiful page in the history of the Borgo Panigale brand.

Mr. Takeshita, director of Marutomi Motors in Yokohama,starting with a GT 1000, wanted to create a nostalgic replica, but at the same time even more beautiful and original and succeeded. The painting, in fact, takes up the “metal flake” effect, the same one that proudly sported ducati in the seventies.

The frame has also been painted with great care and the combination with superstructures, now, is really perfect. No details have been overlooked.
To recall the charm of the Ducati of the seventies,some pieces were plated in silver, such as the steel support of the front headlight.
The latter is a traditional 180 mm diameter Cibie that, in this context, makes a great impression.

The saddle has also been redone: the upholstery material has changed and now, thanks to its particular padding and sewing, it is more comfortable, as well as even more similar to the style in vogue in the seventies.

The clutch cover and many other body parts have been carefully polished. The stop light has been changed, while the rear direction indicators have been moved forward, immediately after the upper attachment of the shock absorbers.

Speaking of suspension, Mr. Takeshita had the shock absorbers recreated by japan’s Heigon,which has built two units that are appreciable not only aesthetically, but also effective.

All this, of course, only recreates the magic of the glorious Ducatiof the seventies, but also the originality and beauty of this special are not to be underestimated, because it is the details that make the difference.
Let us hear, in this regard, the one who gave birth to this realization, Mr. Takeshita.

“I had this kind of transformation in mind since I first saw the GT 1000,on the occasion of the Tokyo Motor Show.

When I received the first model of the GT 1000 here in our dealership, little by little I started to create and put together all the pieces necessary to get the result I had in mind. Meanwhile, however, our team started participating in the races (the team managed by Takeshita participates in the Japanese Superbike class national championship with a 999, ed), so the money and time were missing.

Although reluctantly, the project was shelved for some time. Luckily, though, (smiles) I sold all the GT 1000 I had at the store! At the beginning of this year, then, a generous customer asked me to create a GT 1000 special,using his bike as I thought best. He said, do what you want! So I took up the project That I wanted to realize at the time. I am glad I created this beautiful bike and I thank the customer who allowed me so much! In fact, I don’t consider him a client anymore, since we have become very friends!”

Marutomi’s GT 1000 has the ETC (the telepass for motorcycles in Japan) so it is ready to face all the routes that daily use can present.

This GT 1000 has the same charm as its 1970s ancestor, but has been enriched with current technology.

Now, therefore, she is ready to show off her beauty and effectiveness in the “jungle” of Tokyo. 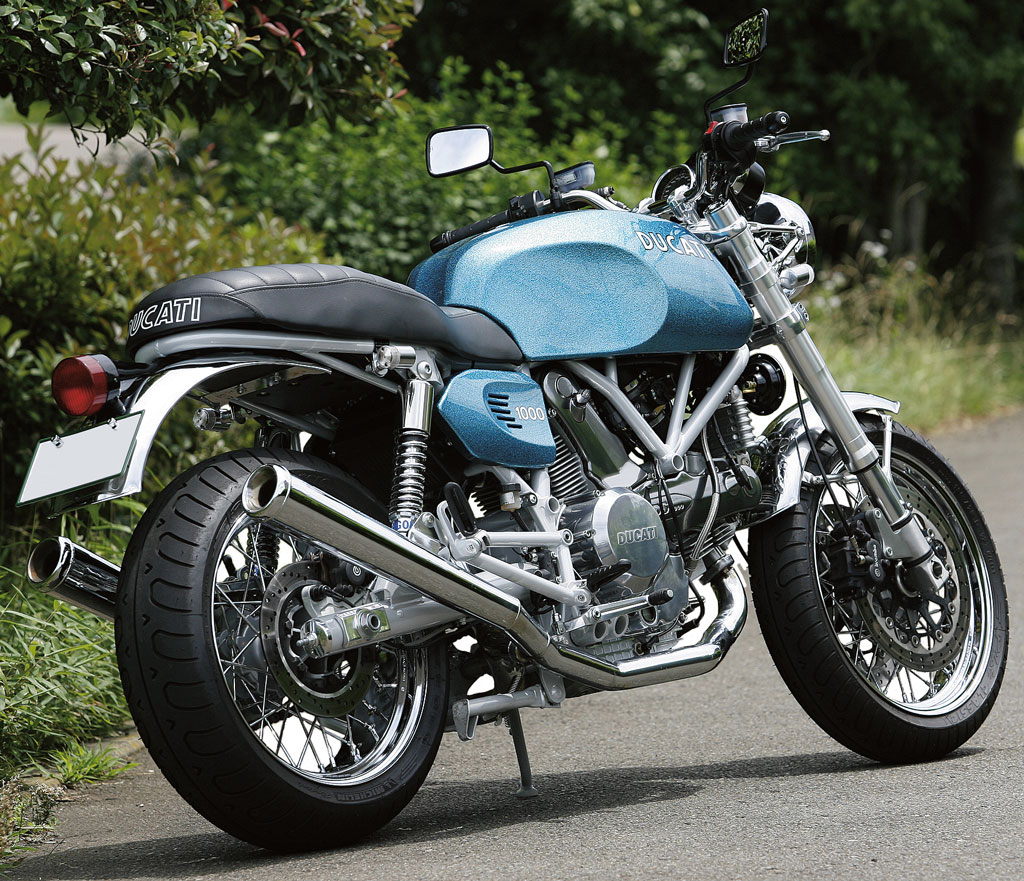 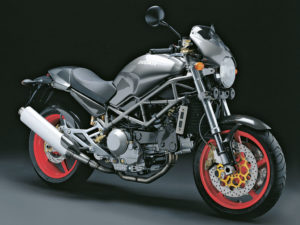