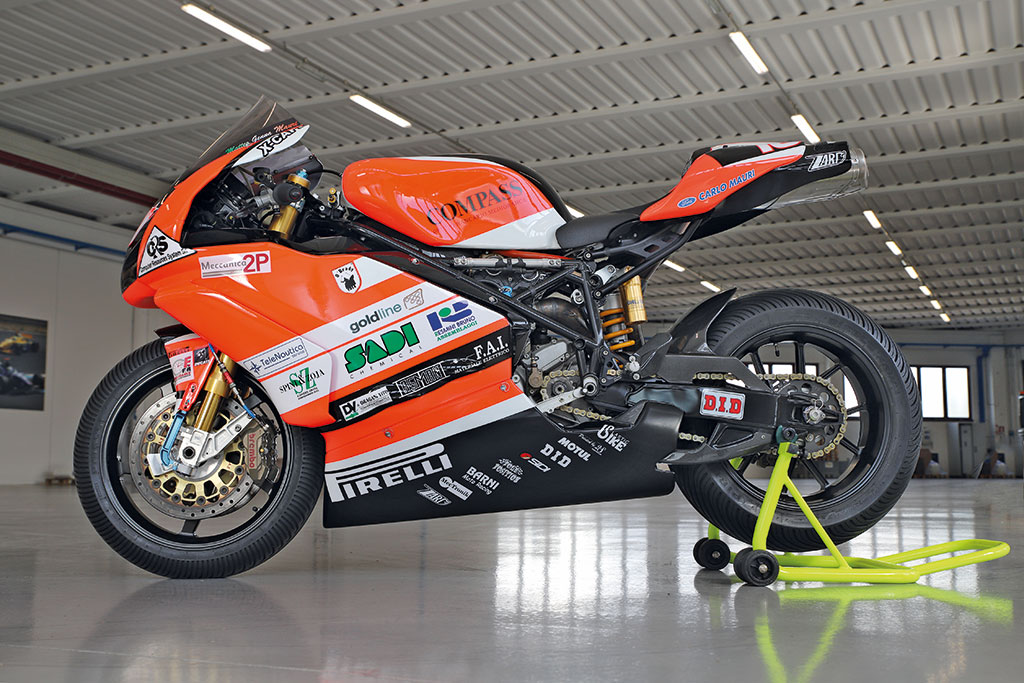 A brilliant career 999 R, with many special parts worthy of attention, brought back to new life by a great enthusiast.

By Marco dell'Aquila. The bike that we present to you in this service is officially born as 999 R Endurance, therefore derived from the road version, then prepared with the necessary changes aimed at making it compliant with the regulations for endurance races: it began to compete already from the 2004 season in the World Endurance Championship, thanks to the…

The bike that we present to you in this service is officially born as 999 R Endurance, therefore derived from the road version, then prepared with the necessary changes aimed at making it compliant with the regulations for endurance races: it began to compete already from the 2004 season in the World Endurance Championship, thanks to the commitment of a private structure that at the time was called Team Spring (in the future it would become Team Barni), captained by Carlo Tanugi as manager, while Marco BarnabĂ˛ and Davide Scardovi had the technical direction.

The riders were lorenzo mauri, maurizio gennari and matteo colombo.

After a first 2004 season of apprenticeship, in 2005 there were also significant upgrades by Ducati Corse and so the bike we talk about in this article was assembled. 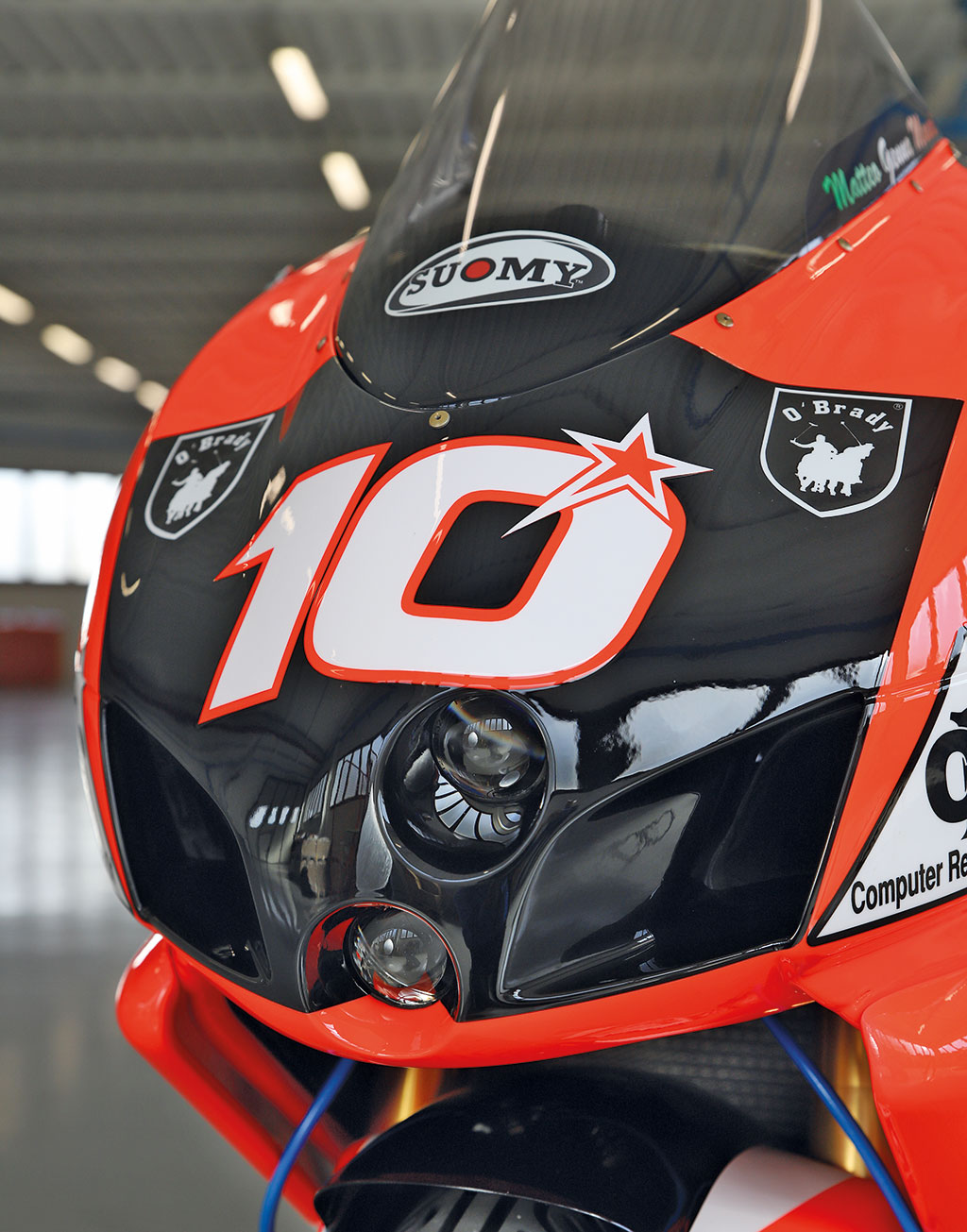 The engine, for reasons of reliability (an SBK engine would not hold races of 6/8/12 hours), remained the original version R with AMA specifications, equipped with ground-fused cranks, AMA crankshaft (differed from both the R version and the lighter RS) rods, racing gearbox, tests of the latest R version with semi-cones and titanium valves.

The exhaust system is an official 63.5 mm Termignoni with Zard terminal (both for sponsor and mechanical reasons of the same, being the Titanium Termignoni too fragile).

The butterfly body was the standard one, with 12-hole injectors mounted on turret trumpets made from the tank, all incorporated into a carbon-increased airbox of the EVR with Ducati Corse air ducts modified in the attachment to be mounted on this special airbox.

The electronic part benefited from a Mec Tronik MKE4 model control unit that managed aim’s fully digital dashboard and Ducati Corse electronic gearbox. The wiring was tailor-made for this bike, combining standard connectors for some components (such as petrol pump, headlights, etc.) with military-type racing connectors for many other parts (such as coils, dashboards, etc.).

All factory superstructures were then mounted, starting from the F04 chassis to the longer boxed swingarm; then steering plates with adjustable forward, rear frame and factory platforms, water and oil radiators increased by MB Motorsport as on official motorcycles.

Special attention deserves the advantage of this bike: basic the fork is the same as the classic racing mounted on the SBK of the world championship, but if we go into detail it is necessary to note how the foot (obtained from the solid) enjoys the rapid release system of the wheel, borrowed from the bikes of the AMA championship (already seen on the Ducati of Kocinsky, Russell and Bayliss for the 200 Miles of Daytona races).

With this particular system, the support of the fender was shining at the base of the fork foot (see photo) through a special bracket and thus performed a supporting function: the pin was paraded, the feet (together with the pliers) rotated outwards making the wheel easily exit.

All this took advantage of Brembo Racing discs 305 mm in diameter, modified in the profile of the braking track (the profile was rounded to prevent them from getting stuck in the descent and ascent of the wheel) and a pair of aluminum hub covers always aimed at facilitating the phases of assembly and rapid disassembly.

The position of the pliers, Brembo Racing monoblock axial, was fixed and therefore did not allow the assembly of brake discs of different sizes (as in the Sbk cousins).

At the rear was mounted the swingarm factory coupled with a single-cushioner of R derivation with the addition of the hydraulic spring preload and the racing suspension link obtained from the solid (an important detail was to discover, during the restoration, the engraving “Team Spring” at the base of the shock absorber foot, this to further confirm its history and authenticity).

Many components, as already mentioned, have been created specifically for this motorcycle at an artisan level: for example, the increased aluminum tank (capacity 24 liters) was made to team specifications by a Modena craftsman in only 5 specimens (only two arrived in the present day) and has the peculiarity of having two pressure caps for quick refueling; on the one hand the gasoline came in and on the other side the air came out, making the refueling of Team Spring the fastest of all the motorcycle park of the endurance world.

Lorenzo Mauri told me that he built the depression filler himself in the garage for this particular tank (visible in the photo above) by joining two nozzles from car races.

Another example of prototyping in this motion is found in the headlights, necessary for night tests: at the front were placed two polyellissoidal type faretti mounted offset on a removable carbon fiber support.

The rear headlight, on the other hand, is modelled on a carbon shell, following the line of the exhaust heat protection and positioned on the right side of the codon. All fairing comes from the Sbk model and is made of carbon fiber and kevlar.

As far as restoration is concerned, it was not the simplest, as it took three (3) years of work using the free time I had available.

When I bought the bike (it was in really precarious condition and in total state of abandonment) I did not know its history well, which I discovered as I disassembled and cleaned every component, then finding images of the time and knowing the people who worked on it with passion and dedication.

One of them was Davide Scardovi, precious historical memory and great help in being able to find some components that would otherwise have been unobvable.

The engine unfortunately lacked its original casings, which were broken during one of the last amateur races carried out by the bike, so I had to buy casings fused into the ground model AMA and have the engine reassembled following the right technical specifications. 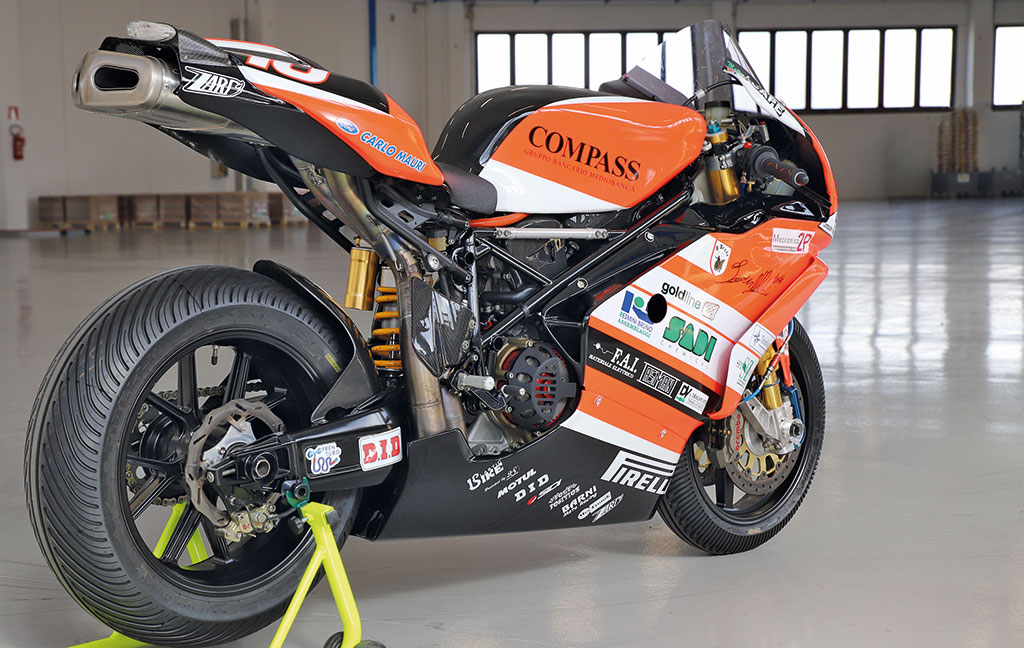 Even the heads were no longer his, but fortunately, after some research, I discovered who had purchased them as a spare part in order to buy them back: in all these operations Fabio Nanni’s expert hands made a difference, managing to structurally restore the engine from A to Z.

In the meantime, all the carbon components that had clearly deteriorated have been refurbived, while the parts on which it was not possible to intervene (e.g. platforms with the original lasering or the upper steering plate) have been left in their original state of preservation.

Another great help and support during these years of work I received it from Lorenzo Mauri, who provided me with photographic material and precious spare parts (the filler / supplyer is now part of the motorcycle kit thanks to him). 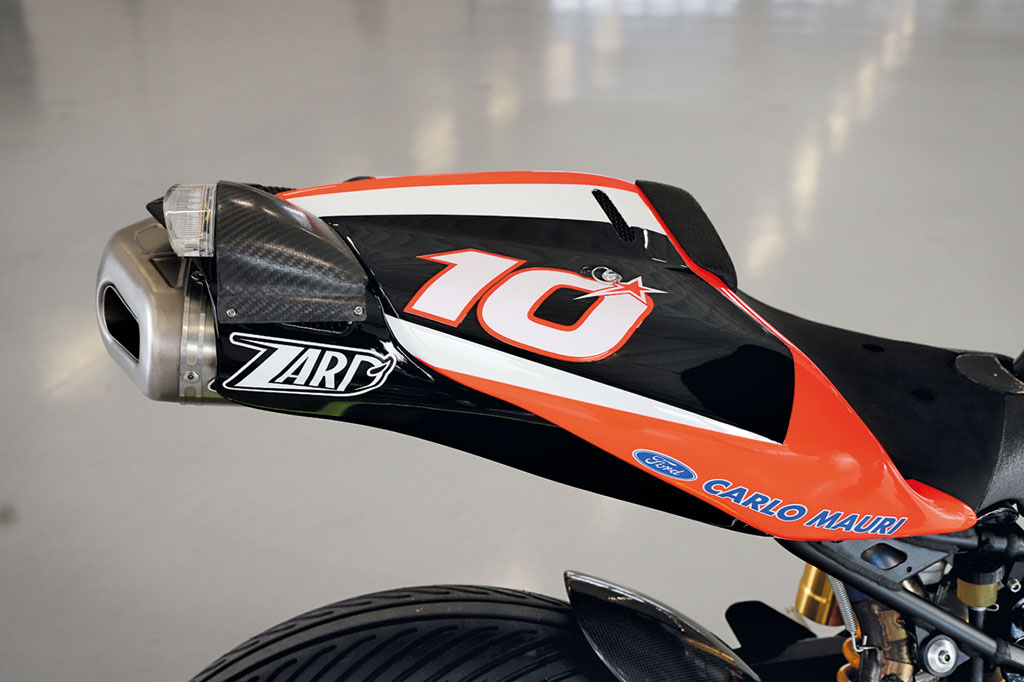 After the engine, I switched to the accommodation and mapping of the electronic part, for which I turned to the Rossi Racing workshop, where the bike was checked, finished and put on a test bench for all settings, including sensors and electronic transmission (an almost obligatory choice, rossi being the only electronics to have the interface and all the tools to dialogue with the now outdated Mec Tronik control unit).

The livery was made entirely by those who cared for it in 2005, or the 2S bodywork, for which they used the same colors and stickers, all under transparent to preserve it over time (at the time they did not give the transparent due to the frequent falls and consequent repainting). 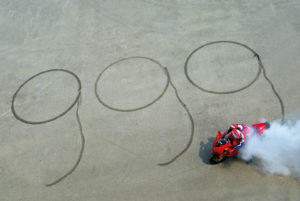