Four cylinders or two? This is the question that Ducati poses to us with the new Panigale V4 S and V2. Let’s try to solve it!

Already two years ago we had proposed an internal comparison to the Ducati superbike family (see link below): at the time, the issue concerned the Panigale V4 and the 959,or the only one left, apart from the very expensive and limited number version of the 1299 Final Edition, between the twin cylinders in the specific sector. Today we are once…

Already two years ago we had proposed an internal comparison to the Ducati superbike family (see link below): at the time, the issue concerned the Panigale V4 and the 959,or the only one left, apart from the very expensive and limited number version of the 1299 Final Edition, between the twin cylinders in the specific sector. 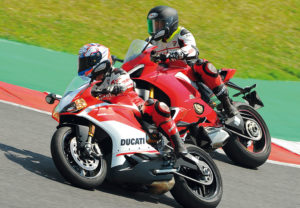 Today we are once again challenging because many things have changed in the last two years; the 959 gave way to the V2 which, even visually, highlights the close relationship with the older sister.

But even on the four-cylinder front you did not stand by and watch, with the arrival of a version, now equipped with a lot of content inherited from the V4 R such as aerodynamics and its Front Frame, but above all for a different electronic management that should make it easier and more manageable.

But even the twin-cylinder is no joke , as evidenced by the enthusiastic comments of the press at its presentation: now, compared to the 959, it is more exploitable and enjoyable for road use, thanks to a more comfortable rider saddle and the revised calibration of the suspensions, but also on the performance front it is no joke: its 955 cc engine delivers more power (+ 5 hp) and torque (+ 2 Nm) than before, reaching a maximum power of ! 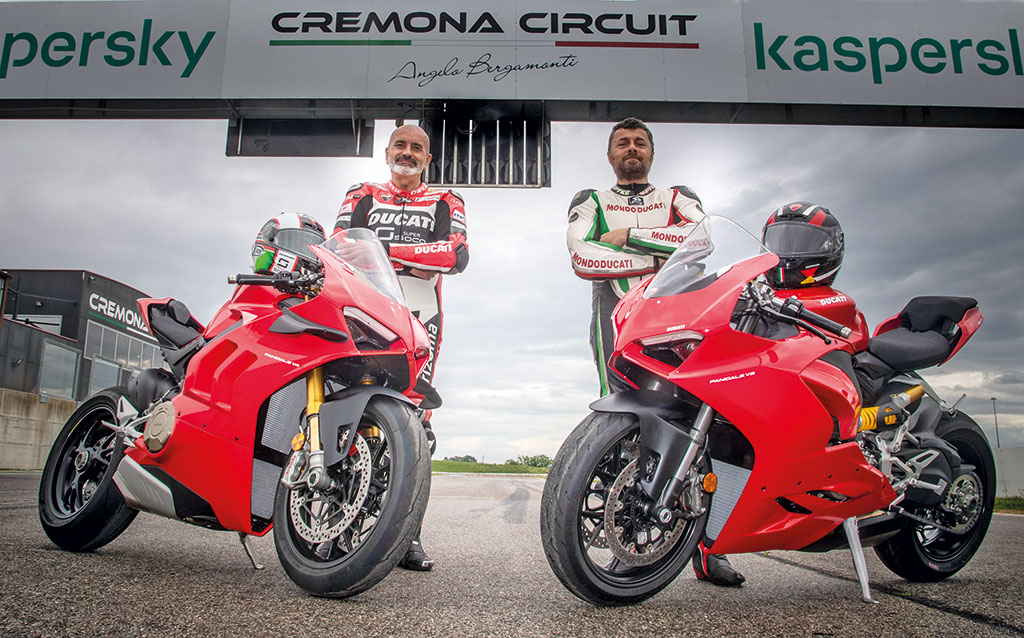 A very interesting comparison, therefore, for which we wanted to involve two experts from the Ducati world such as Dario Marchetti and Gian Maria Liverani,with the irreplaceable support of our “specialist” Giorgio Tedioli and a journalist of the caliber of Dario Ballardini.

In order to give greater importance to their sensitivities and judgments, we then decided to divide this comparative into two separate articles in which all the aspects that such a delicate comparison requires are addressed. All we have to do now is wish you a good read!

Cremona: the ideal circuit to try the Ducati

The plant where we carried out our test is the Cremona circuit,a plant particularly suitable for two wheels and which has in the process of implementation an important expansion project that concerns not only the track, but the entire structure.

In practice, the track is lengthened, as do the pits (which increase from 10 to 26) and the size of the paddock, which will be five times the size of the hour. At the same time a grandstand will be built from where you can see the whole circuit.

In short, a real revolution of an autodrome that, as mentioned, is very appreciated by motorcyclists, with particular and curious preference of as confirmed by the administrator of the plant, perhaps because they are attracted by the presence of a long straight (almost a kilometer!) and by a configuration that makes driving even very powerful motorcycles fun.

Moreover, the Cremona Circuit focuses a lot on the Ducati public, also strong of a lucky geographical position that allows it to be a reference point for a very important biker basin. A situation that will become even more palatable in the new configuration.

The aim of the above changes is also to obtain approval from the IMF and to host motorcycle races as soon as possible, given that the starting straight will be longer and above all followed by a very wide curve that can be made in acceleration.

The Panigale V4 S at a glance 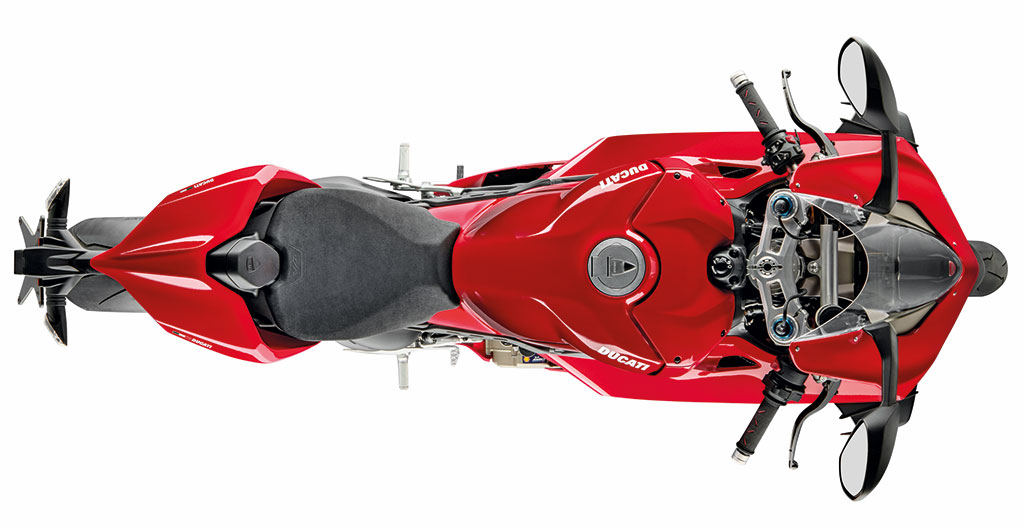 The Panigale V2 at a glance