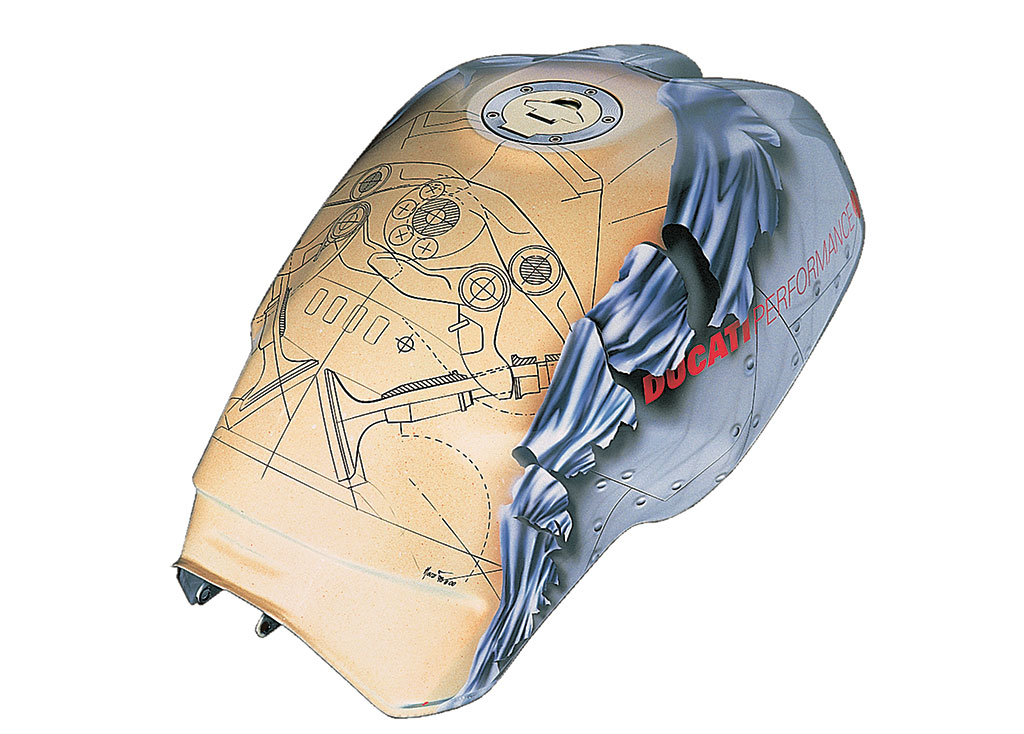 Ducati and the new V4 Granturismo engine: when the rules of reason collide with personality and emotion.

All the hallmarks that, over the decades, had made Ducati a unique brand of its kind , different from the others,fall one after the other. From the dry clutch to the traliccio frame, from the two-cylinder configuration to today, to the abandonment of the Desmo. Some people will say that it is progress, that those who stop are lost, which…

All the hallmarks that, over the decades, had made Ducati a unique brand of its kind , different from the others,fall one after the other. From the dry clutch to the traliccio frame, from the two-cylinder configuration to today, to the abandonment of the Desmo.

Some people will say that it is progress, that those who stop are lost, which is very true, but there are aspects that make it unique, just as it happens to a person, a brand.

Then there are evolutions and evolutions; for example, the transition from the twin-cylinder to the four-cylinder is not that it has scandalized much. Moreover, it had already been used for years by Ducati in competitions and then the technological evolution was such as to make non-existent the advantages that the twin-cylinder could boast in the eighties and nineties.

Finally, this step was carried out in a very intelligent way, maintaining the V-shaped setting of 90 Â° and the order of the “Twin Pulse” bursts, so much so that it can be said that the Desmosedici Stradale retains initself a strong twin-cylinder soul !

But the step that is being taken today, with the V4 Granturismo engine equipping the
new Multistrada V4,
is truly remarkable, a strong break with the past: it is the first engine since the Seventies without the Desmo distribution,with the return of the valves managed by the springs.

Of course, here too the situation is not comparable to that faced by Taglioni, with the time springs that were not able to manage excessive workloads, causing problems at high rotational regimes.

From a logical point of view, therefore, no problem; on an engine that calls itself touristy (even if it has a good 170 Hp!) the Desmo is in fact an unnecessary complication. But this is a speech by engineers or those who know how to do the math well and understand the advantage that can be gained from such long maintenance intervals thanks to the renunciation of this type of distribution.

Topics that perhaps do not involve the most passionate bikers, whose choices are not rational, but often driven by emotion, by what represents the means they drive.

Otherwise, if you really want to be logical, instead of multistrada it is possible that you evaluate the purchase of a much cheaper model to save quite a bit of money!

But the passion-driven motorcyclist does not do so for a number of reasons that convince him to shell out the several thousand euros more that divide models between them which, by force of things, are still very different in terms of content.

These include: Ducati is an Italian brand produced in Italy,it represents a first-level racing history still carried out with excellent results, it has a series of technological advantages (from Abs Cornering to electronic suspension, to name two) that really make the difference in terms of performance and active safety.

Then, there is the main reason, that name on the tank: it is a Ducati and there isno need to explain anything else, a bit like what happens to Ferrari, Armani and very few other brands in the world.

An exclusive advantage, therefore, that we are willing to pay, because it materializes into something equally distinctive and unique.

Just to give an example, those with economic availability buy a Jaeger-LeCoultre as a watch rather than a Casio, although at the basic performance level the two watches offer exactly the same service with the same efficiency: they mark the time, just as two bikes serve to move on two wheels.

The watch enthusiast, however, is willing to pay a substantial amount to get hold of an object whose complex processing of the mechanism he appreciates, which is handmade by very good master watchmakers and also, let’s face it, for the vanity of being able to exhibit an object of personality, rich in history.

Then, of course, the tourbillon, from a practical point of view, serves no purpose, it is just a wonderful complication.

This is also the case for Desmo, ducati’s distinctive trait for fifty years now, today useless even on racing engines, perhaps even at the highest levels, but it is the soul of Borgo Panigale’sproposal, it represents its history and identity.

How many times, among enthusiasts, has a discussion been put to an end about the advantages offered by the various brands simply stating that our bike had the Desmo engine?

These, however, are passionate speeches, because it is very likely that the V4 Granturismo engine will have the opportunity, over time, to be appreciated by everyone thanks to its skills, but the fact remains that its different solution for distribution will undoubtedly have its effect on long-standing ducatists. It is not only a question of nostalgia, but also of how special is the thinking of us bikers, who like to submit more to the rules of personality and emotion than to those of reason.

It all began in May 1954, when a young engineer took up service at Ducati. His name is Fabio Taglioni. Two years later, in 1956, he realized his desmodromic distribution project for motorcycle engine: the 125 grand prix debuted in Sweden (winning with Degli Antoni!), which for the first time mounts a desmodromic distribution with three camshafts on his head (moved by vertical shaft and conical torque).

The central shaft bears the “closing” cams which, through double-arm barbells, control the valves in upward movement, while the two side shafts, with a single cam, provide for the opening. Taglioni basically “added” a central tree to the previous two-shaft spring head: with three camshafts the tussle was very easy (plenty of space available) and the cams could be replaced separately.

When the accumulated practical experience was sufficient, there was the transition from three trees to cams to one.

In 1968 the Ducati Mark 3 Desmo was released with a single-cylinder engine (350 cc) with a single-tree desmodromic distribution: in Borgo Panigale the desmo in series production is pioneered.

The technical evolution of monocylindric desmo is completed and reaches until 1974, when the production of the Desmo and Scrambler models (250, 350, 450), natural evolutions of the Mark 3, all single-cylinder with single-tree distribution, ends.

In 1970 the 90-degree V-twin appeared: the distribution is single shaft controlled by a vertical shaft and conical torque. The 1972 750 GT is the first twin-cylinder, the 750 Supersport the first Ducati series with desmodromic distribution; the distribution scheme is closely related to the original monocylindric design.

In 1974, at the University of Bologna, Massimo Bordi graduated, discussing a thesis on the project of a 4-valve desmodromic distribution.

Appearing in 1977 as a prototype, the Pantah went into mass production in 1979 and shows a remarkable technical evolution: it is a toothed belt that now controls the camshaft of the new 500 cc engine with desmodromic distribution.

In 1987 Lucchinelli won the BoTT race in Daytona with a four-valve 851 cc engine, opening a new era: an endless series of victories in what will later be the Superbike World Championship.

Thanks to the enthusiasm of the two technicians Mengoli and Bordi, the modern history of desmo begins, which sees the mass production of the first four-valve desmodromic motion per cylinder: the 851 SBK of 1988. Under Mengoli’s guidance, in 2001,
the Testastretta
engine took shape: the new generation four-valve twin-cylinder that, while deriving from the unit designed by Ingegner Bordi, has truly innovative characteristics.

The rest is the history of our days, with the various evolutions of the Testastretta engine and the arrival of the Desmosedici Stradale; innovation goes on, changes a lot if not everything, apart from one aspect, a common thread: all engines have the Desmo distribution. 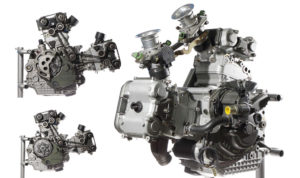 Rossi is unable to drive the Ducati