The structure of the Italian/Spanish motorcycle was that of the road enduro of the time, the desmodromic warhead was derived from the Pantah engine.

The structure of the Italian/Spanish motorcycle was that of the road enduro of the time, the desmodromic warhead was derived from the Pantah engine.

In the first half of the 70s of the last century, after the great success of the Scrambler,perhaps as unexpected as it was providential for the fate of Ducati, the maxi market exploded and for single cylinders there were no more commercial spaces.

Or so they thought in Ducati, a view of the market then denied by the sales of japanese single cylinders, first of all the Yamaha the XT500 that in 1976 collected among the supporters of the single cylinder the sympathies previously reserved for the Ducati Scrambler.

Unfortunately, in 1974 Ducati ended the story of its glorious single-cylinder with desmodromic distribution controlled by vertical saplings and conical pairs (a real mechanical sculpture) to direct its production on a range based on the parallel twin-cylinder engine.

But this is another story and unfortunately we know how it ended; fortunately that Taglioni will then give birth to the Pantah, another engine that raised the fortunes of Ducati that will soon pass from the hands of EFIM (public structure) to those of castiglioni. The last examples of the Scrambler will be set up with engines produced by Mototrans,with the exception of the 450.

At the beginning of the 80s Massimo Bordi, at the time Technical Director in Borgo Panigale, during an interview stated: “… you would have to design a single cylinder for a new Scrambler. It would have been perfectly in line with history and range needs. In fact, the production of scrambler in ’75 should not be stopped. That mono had to have continuity. It would have been very important to safeguard the Company from the setbacks it has suffered. It would have been a flywheel, instead we closed with the mono, we made a terrible parallel, then we left with the Pantah, then we stopped with the conical couples, we made a bit of confusion …”. 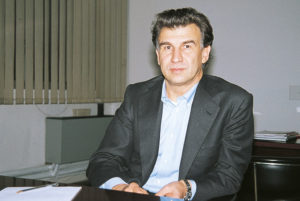 In fact, at the end of the 1970s Ducati, perhaps prompted by the successes of the Japanese, had thought to repropose the single cylinder, in fact at the Milan Motor Show of 1977, in the Ducati stand next to the prototype of the 500 Pantah were presented the Rollah and Utah equipped with a single-cylinder 350 engine that appeared as a Pantah deprived of the horizontal cylinder, but they did not have a follow-up.

But another ideal heir to the Scrambler could have been considered the MTV Yak 410 presented in April 1979 at the Barcelona Motor Show. Confirming the close link with Borgo Panigale, the bike was revived to the public at the Paris Motor Show, in September 1979, in the Ducati stand.

Before talking to you about the bike, let’s make a brief reference to the origins of the brand: MTV (MotoTrans Virgili) was born in 1978 from the ashes of Mototrans. In 1975 Eusebi Andreu Virgili (the “V” of the MTV brand), one of the founders of Mototrans who had moved away from the Spanish company about 10 years earlier for a diversity of views with the management, had returned to the company with the aim of consolidating its presence in the two-wheel market; from an agreement born with the banking group that owns the Mototrans and Sanglas brands was born MTV. Unfortunately, the goal was not achieved for several reasons and MTV will be forced to close, but not before it has created the YAK 410 project. In 1984, MTV was put into liquidation.

The general structure of the new Italian/Spanish motorcycle was typical of the road enduro of the time.

The desmodromic head was clearly derived from the Pantah engine but the distribution belt was positioned on the left side as one of ducati’s first belt prototypes and had the peculiarity of the belt operating in the oil bath and not dry. The geometric measurements of the engine were also inspired by the production of Borgo Panigale, in fact the displacement of 406.41cc was obtained with a reamage of 86mm (equal to that of the mono 450 and the 860/900 twin cylinders) combined with a 70mm ride. The gearbox was 6-speed and the start was electric.

The declared power and weight were 35HP and 128Kg respectively.

Yak reported a number of functional and reliability defects focused mainly on the unusual oil bath strap probably due to the lack of careful development despite pirelli’s collaboration as a supplier of the detail; this problem decreed Yak’s failure and the subsequent decline of MTV. 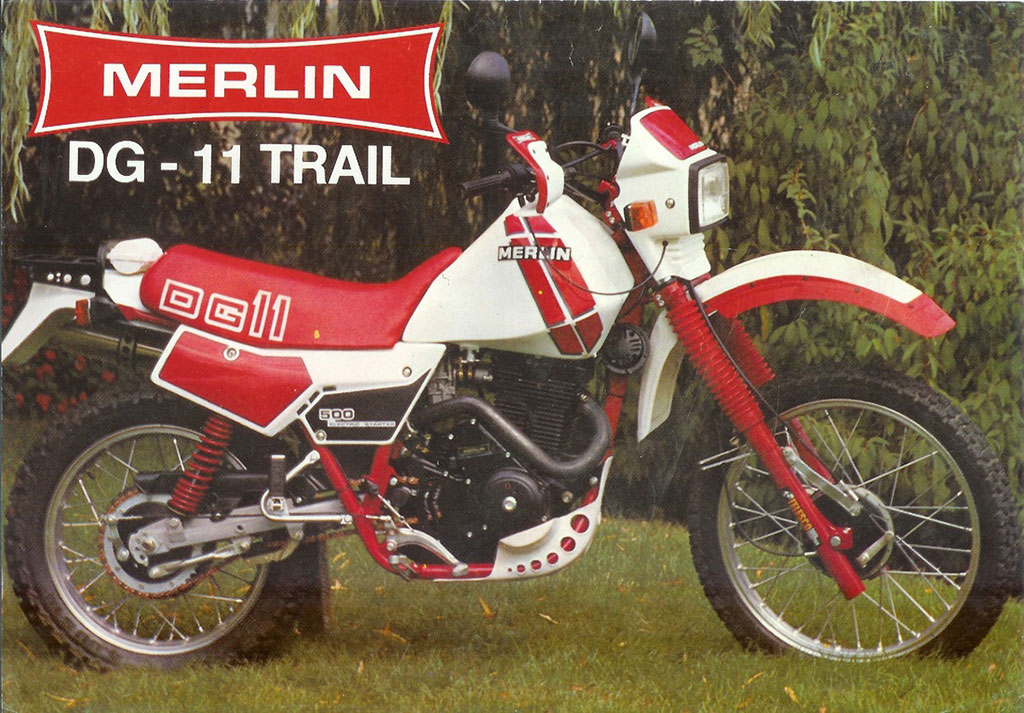 When MTV closed its doors the rights of YAK passed to the Spanish Merlin (a brand created in 1980 by Ignazio BultĂ˛, a son of that Francesco BultĂ˛ first co-founder of Montesa and later of Bultaco) who put into production a deeply updated version, both in cycling and engine, called DG-11; the power was increased to 38HP while the superstructures were commissioned by the Italian ACERBIS. At the end of 1985 the bike went on sale but even this initiative was unsuccessful due to mechanical unreliability and Merlin also failed; GasGas will be born from Merlin’s ashes. 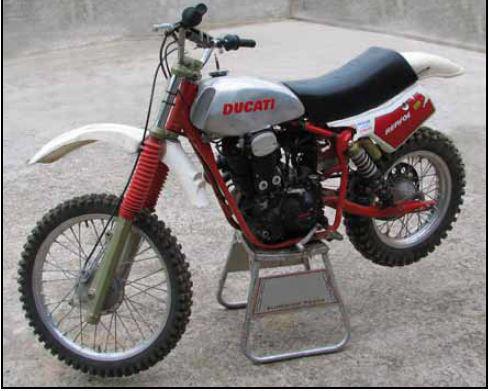 Merlin was succeeded by who turned to Francesco Villa for the construction of a cross-country motorcycle with a DG-11 engine mounted on a Villa bike; the chronicles of the time also reported a victory of this bike in a national race but this story was lost.

The last traces of that engine can be found in the early 2000s whenrider well-known French restorer/rider, Remy Monpezat, mounted one of the Merlin engines on the chassis of a Scrambler by christening this hybrid MARKETS (MERlin + duCATI); With this bike Monpezat played some races reserved for single cylinders in France. 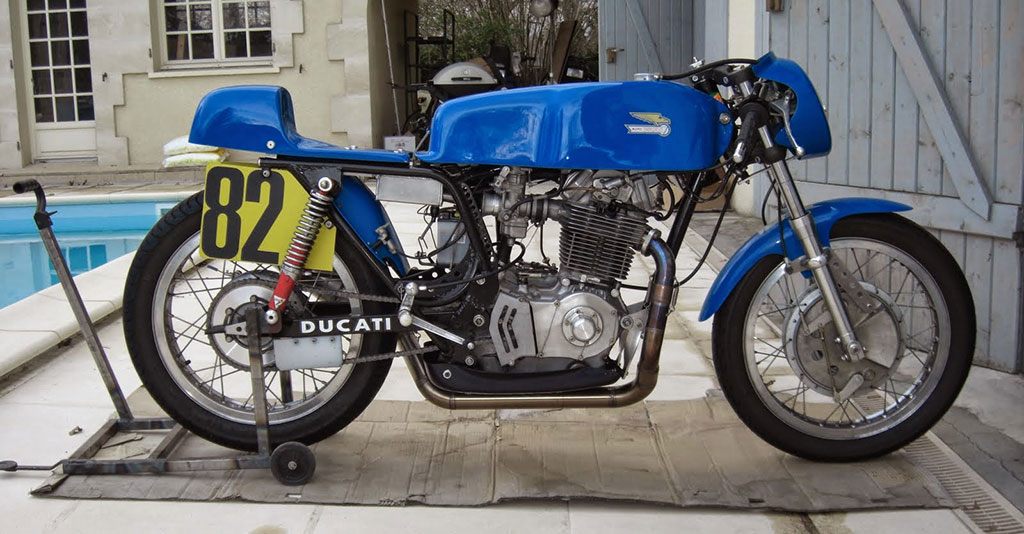 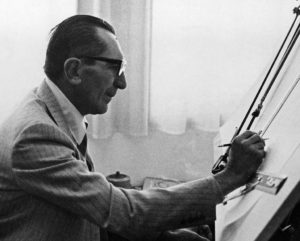 Fabio Taglioni and his history in Ducati

Engineer Fabio Taglioni, born in Lugo on September 10, 1920, was one of the main protagonists of Ducati history.

ASI certifies the bikes of the Giro del Mondo