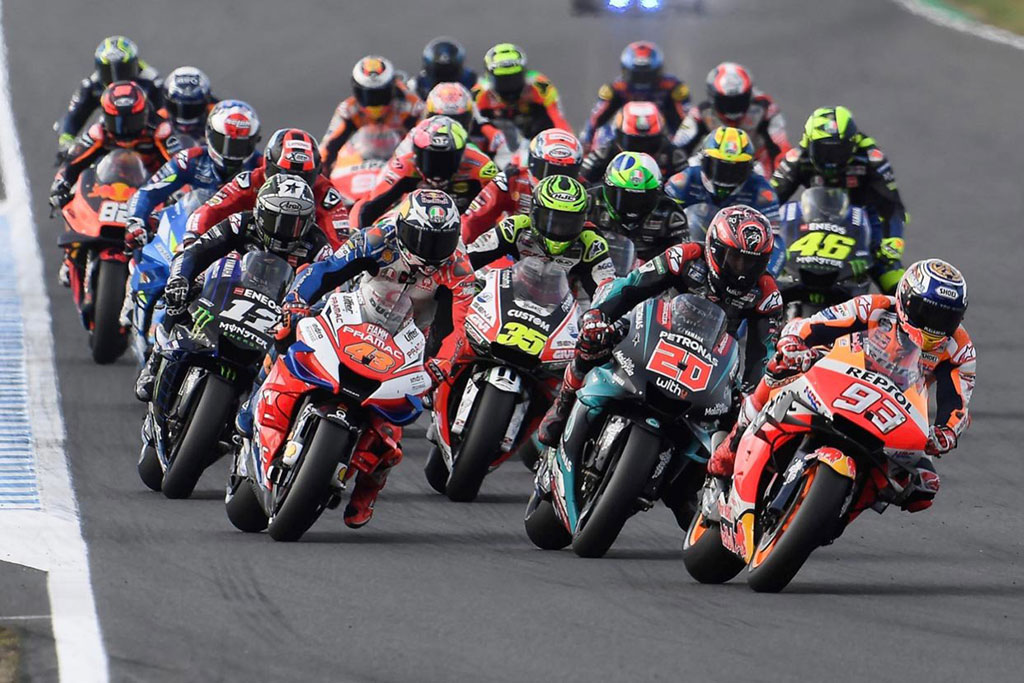 In this article we try to understand why the 2020 MotoGP World Championship was characterized by uncertainty.

Many of those who assiduously follow the events of the MotoGP believe that the 2020 MotoGP championship was one of the most exciting in recent years. This perception derives from the fact that the championship was characterized by the great uncertainty due riders to two particular circumstances: the lap times very close with the 15 fastest riders often separated by…

Many of those who assiduously follow the events of the MotoGP believe that the 2020 MotoGP championship
was one of the most exciting in recent years.

This perception derives from the fact that the championship was characterized by the great uncertainty due riders to two particular circumstances: the lap times very close with the 15 fastest riders often separated by less than a second and the many stage winners, some at the first victory in his career, so much so that only towards the end began to emerge the profile of the potential Champion; In fact Joan Mir won the title arithmetically only at a Grand Prix from the end. In simple terms there was no absolute ruler.

It is evident that if many riders are included in such a small fraction of time it is not difficult that between one Grand Prix and the next, even if played after only one week on the same circuit as has often happened in this anomalous 2020, a rider can go from being in the top 5 to being relegated out of the top ten.

We saw riders win a Grand Prix and then collapse in the rear in some subsequent Grand Prix; the two most resounding examples are Dovizioso and Quartararo, the two main candidates for the final victory. 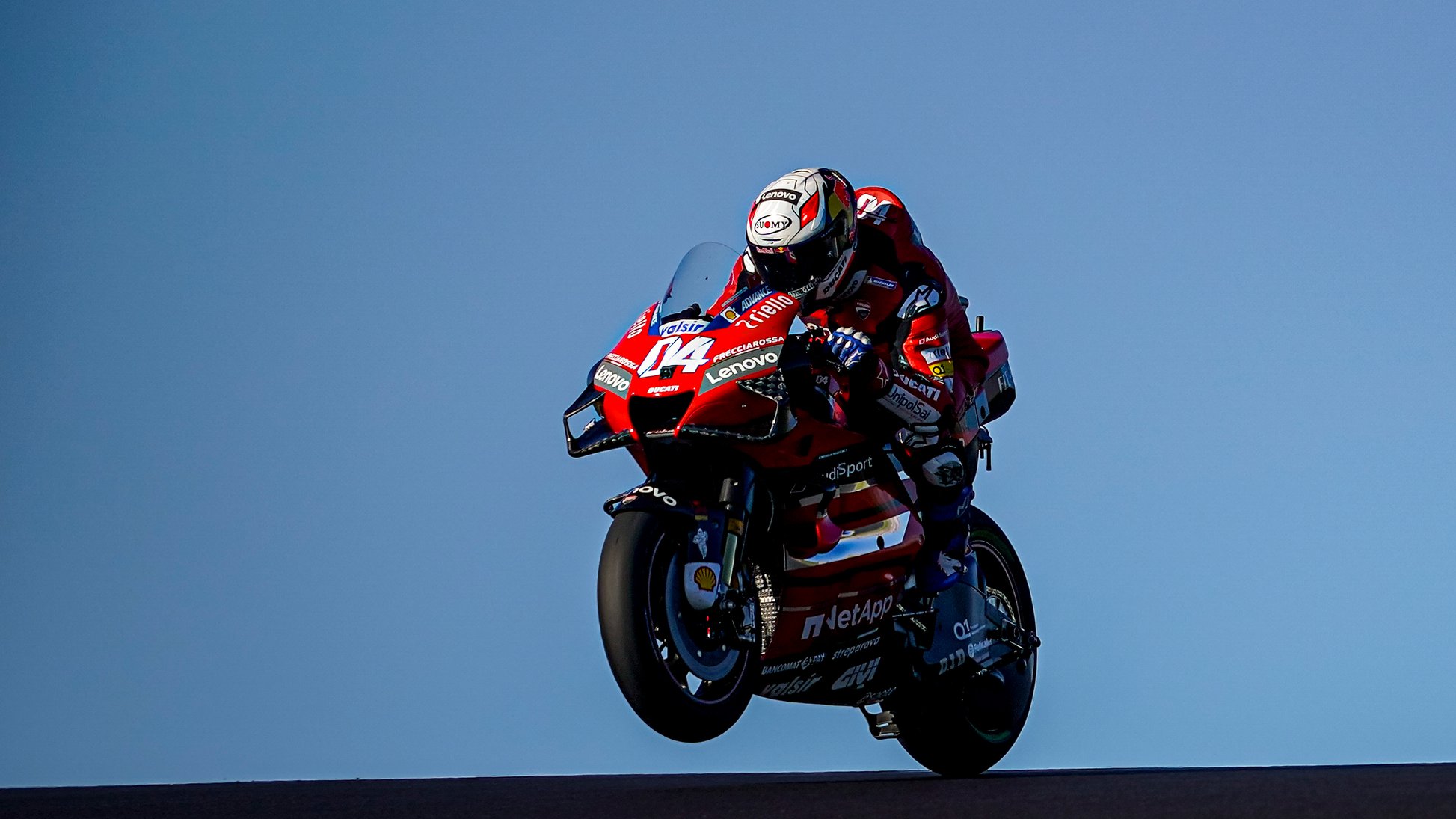 The question then arises as to what this rather unique scenario is due to and whether this year’s grand prix really has taken place differently from those of more or less recent years.

From a superficial examination this world championship was particularly exciting because none of the potential candidates for the title managed to achieve constant results within the 14 Grand Prix on the agenda, indeed someone like Dovizioso did not respond at all to the expectations that, in Marquez’s absence, saw him as the natural and obvious candidate for the title.

Even the first two in the general classification, the champion Mir and the runner-up Franco Morbidelli, had an un constant performance; the Spaniard only took the podium for the first time in the 4th race (Austria 1) also collecting a 7th and 11th place while the Italian added only two more podiums to his three victories, against only one of the champion.

But what can be the reasons for this undivago performance of riders, some of the best and most experienced who take the slopes of the MotoGP?

Certainly the calendar that, due to Covid19, was “compressed” in the second half of the year and therefore played in weather conditions different from the usual, on average colder. The different temperatures, combined with the adoption of a rear tire that offered an extra grip and that, still riders due to Covid19, has not been sufficiently tested, has put riders and technicians in difficulty in the search for an adequate driving style for the former and a right set-up for the latter.

But actually, if we go to analyze the results of the various riders more accurately and compare them with those of the last two years, we realize that there has been nothing so unusual in the performance of most of them.

The overall result of the champion, Mir, consisting of 7 podes out of 14 races was similar to those of Andrea Dovizioso in 2018 and 2019 when he finished second behind Marquez with nine holes out of 18 and 19 Grand Prix respectively; in summary, both Mir and Dovizioso took the podium in 50% of the calendar Grand Prix. 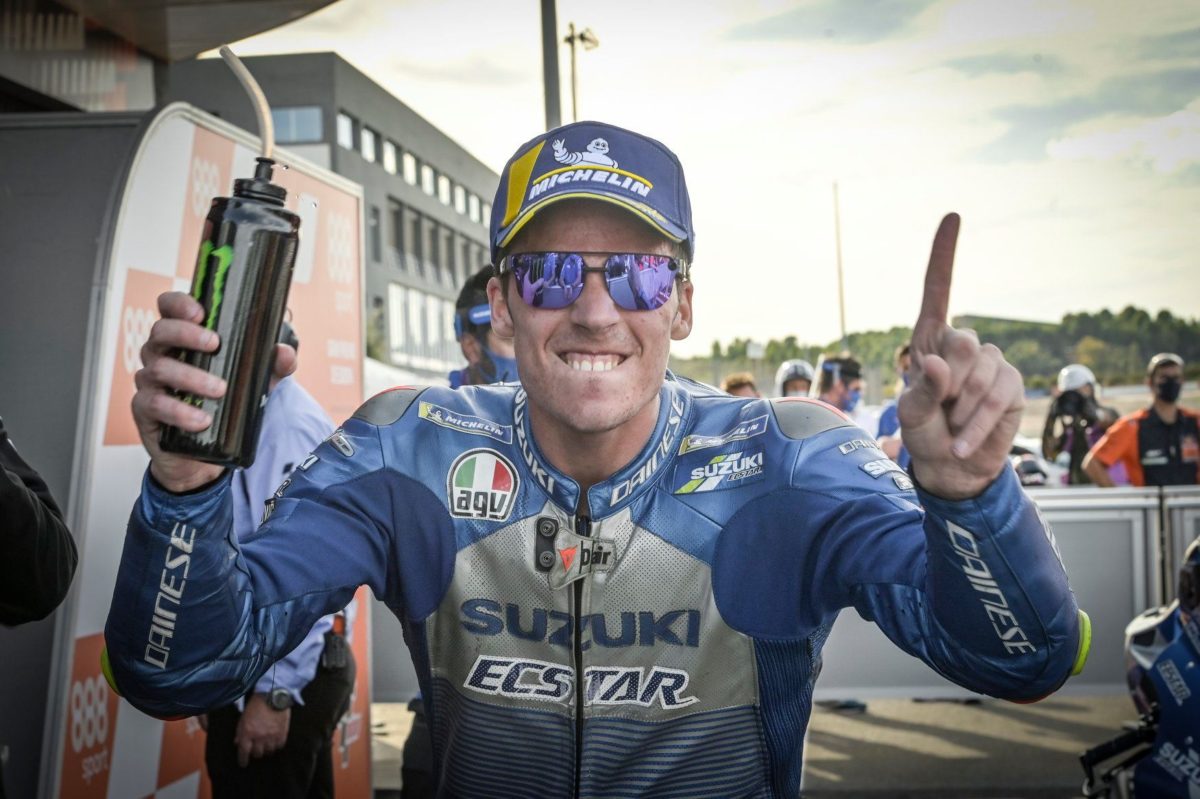 And the riders who follow Mir in the general classification have had similar returns to those of riders who finished behind Dovizioso in the previous two seasons.

So, given that the unpredictability of the results seems to be only apparent and that therefore the performance of the 2020 championship has not deviate from that of 2018 and 2019, what has really changed? The answer is simple, almost trivial: Marquez’s absence.

And to give an “arithmetic” explanation to this answer it is enough to analyze the 2019 championship of the Spaniard, probably the greatest performance of all time.

In his absence, no one was able to replicate its performance; paradoxically, Marquez’s absence has shown even more clearly, if there was still a need for it, talent and superiority.

Of course, there is a technical reason for this alternating performance riders and in some cases clearly below their standard (read Dovizioso in particular).

MotoGP Michelin tires have a very narrow temperature operating window, riders which makes it very difficult for riders to fit the tyre temperature into that window at each race, based on the different layouts of the circuit, the temperature of the track, the characteristics of the bike and, last but not least, their riding style. At the same time the Michelin front does not offer that rocky behavior and that feeling that the front Bridgestone offered instead.

In short, only a few degrees of track temperature can make a huge difference: from being in the fight for the podium to fighting to stay in the top ten.

Dovizioso is the one who suffered the most due to his driving style that asks a lot at the front by derailing the rear to turn, a technique unenforceable this year due to the excellent grip provided by the 2020 rear tire.

Ultimately if we want to attribute to someone the exciting unpredictability of the 2020 MotoGP World Championship you have to “thank” Marquez for his absence, Michelin for introducing a critical rear tire and Dovizioso for its drastic performance drop, also due to the tensions inside the box.

Next season’s Michelin tyres will be the same, so lap times will be just as close and races just as difficult to predict. But the scenario could change if the technicians, especially those of Ducati, have understood where and how to intervene to make the most of the rear and if the riders have managed to adapt their driving style to the needs of the same. 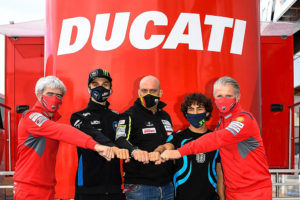 MotoGP 2021, Ducati starts again from the young people of Moto2

Here is the Ducati 2021 MotoGp team

Does Mir’s title have the same sporting value as all the previous ones?