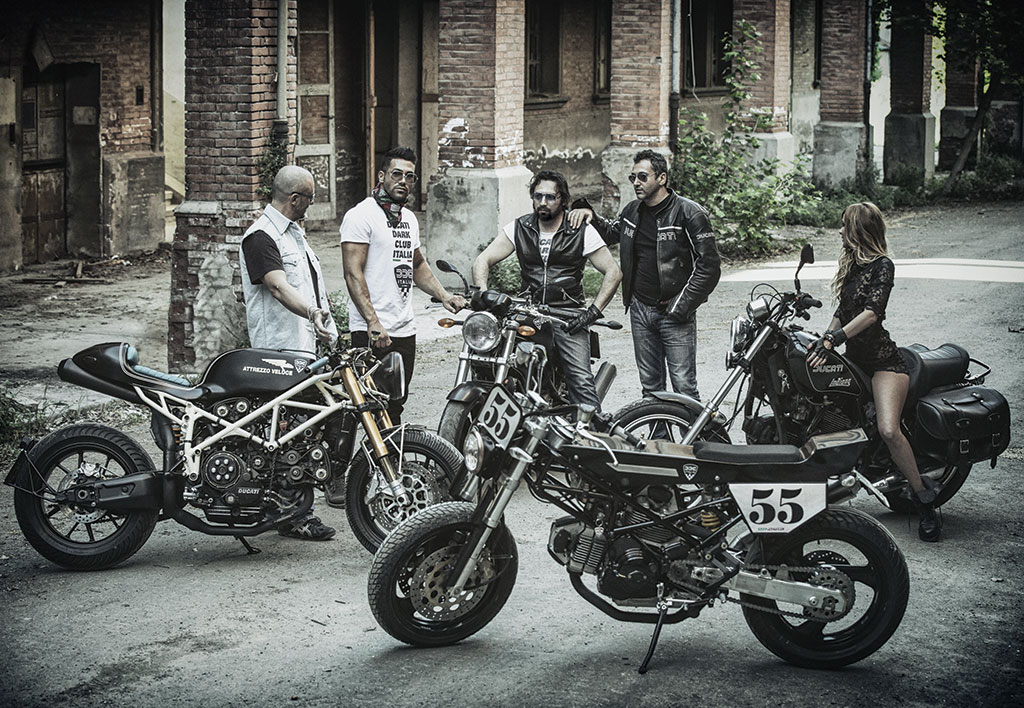 A Ducati Club very active in terms of communication, but also for the realization of specials. The Ducati Dark Club puts the emphasis on creativity.

The Ducati Dark Club is the reference club for black Ducati owners, always visibly active in collaborations and active in the production of images. " I believe that any ducatista can be proud of the fact that there arerealities such as the DDC, where visibility is given to the Ducati brand, even in contexts other than standard and purely motorcycle…

The Ducati Dark Club is the reference club for black Ducati owners, always visibly active in collaborations and active in the production of images. ” I believe that any ducatista can be proud of the fact that there arerealities such as the DDC, where visibility is given to the Ducati brand, even in contexts other than standard and purely motorcycle – tells us Davide Zuppardo, founder and president of Ducati Dark Club Italia,which continues – All Ducati are beautiful and lend themselves well to transformations and customizations. I like to think I can create something good, quality, through images. Something that stays in time and can be part of our history. The image is the basic element of communication: just turn on the TV or enter the internet or browse a magazine and immediately an image will appear in front of us. As a representative of a Ducati Club, compatible with work commitments and private life, I find it natural to strive to create quality images, which give visibility to those who, for passion and work done, deserve attention and I am referring to the mechanics capable of making a good special, models and photographers to be involved in our work. Seeing photographers and beautiful girls impressed by the beauty of our bikes is always a pleasant time“.

A work, the one dedicated to the production of images, certainly stimulating but that requires time, patience, creativity and contacts: ” It is not always easy to capture the right moment, speed and ready reflections is pleasant “, photographer who has been collaborating with the Club since 2014.

Ballarini, a self-taught photographer, works in the field of photography and fashion, in particular in the Modena and Bologna area: he has curated advertising images for numerous traveling theater companies at European level, he has worked for some newspapers including some of national nature and some collaborations have led him to work both in London and in the United States, where he recently opened a headquarters in Los Angeles.

But the Club is not only active on the image and communication side: for some years, in fact, the passion for Ducati that produced a synergy that is becoming a real partnership between the two subjects that aims to create unique specials of their

Mad Factory was founded in 2009 in Parma by 3 friends with a passion for motorcycle racing: Sandro, the motorist, Davide, who takes care of the body and fairing part and Mauro, known among ducatists as Zaco, electronics officer, expert in mapping control units and suspensions.

Mad Factory, in addition to the daily mechanical workshop work on all brands, also carries out assistance to pilots and on the track; in just six years of activity, he has already gained some satisfaction in racing: with Marta Leoni, Mad Factory in 2011 won the Italian Roadster Under 800 Championship, in 2012 Zaco won the Roadster cup under 800 and came second in the Roadster air, in 2013 he won the 4W Stock with Edoardo Craviari. In 2014 Zaco tried again and won the title of Italian Champion in the Roadster air, representing ducati dark club Italia.

In addition to the workshop work and the one on the racing front, Mad Factory has also been appreciated for the realization of specials on a Ducati basis: it is known among the ducatists, and particularly appreciated, the Veloce tool, madeby the always active Zaco for a customer, on basis: the Fast Tool, at number 120 in the register of the Ducati Dark Club, at the Bike Expo in Verona, and comes 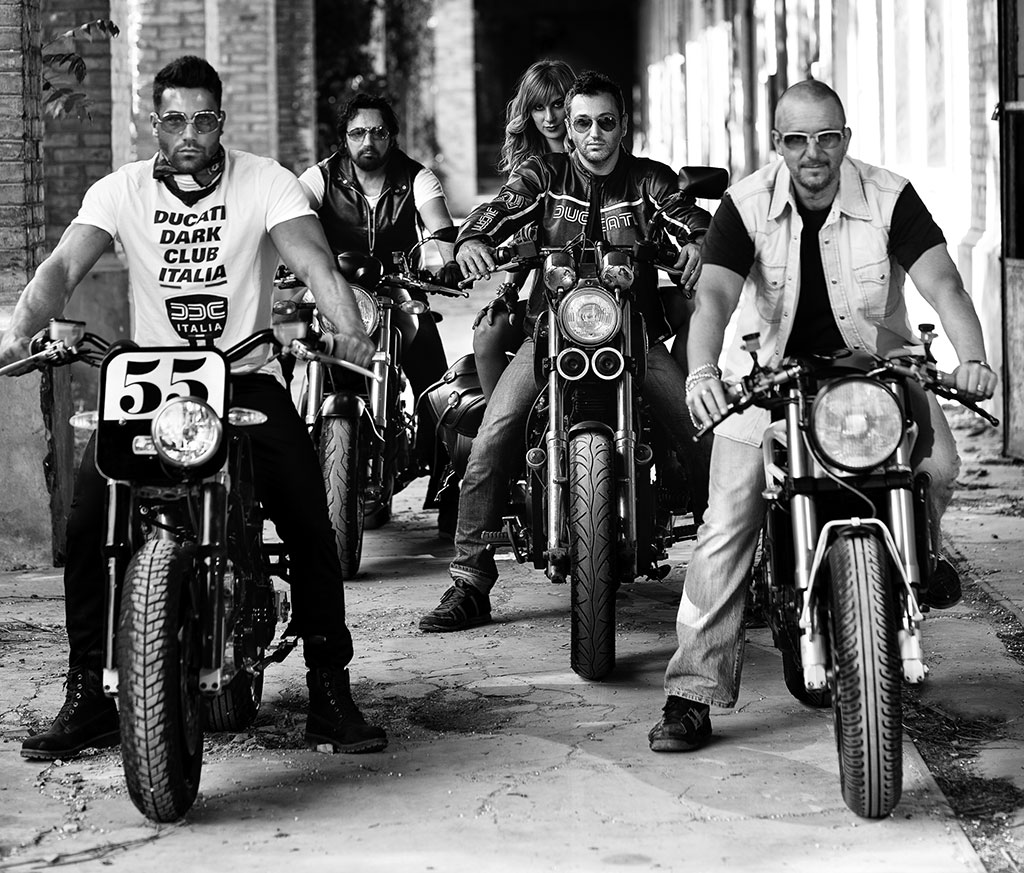 The passion for specials by some Mad Factory customers gives rise to the idea of creating specials to be designed for sale to the public of enthusiasts, with the brand of Fast Tools by Mad Factory.

Chicco Spaggiari, Michele Bocchi and Massimiliano Ferrari, owners of the brand, give Zaco a draft idea of what they want to achieve and the genre on which to orient themselves, it will then be up to Zaco to realize: ” general – zaco says – you work without leaving the more extreme elaborations on the vehicle you work with the German TUV office, which gives the possibility, later, to register the bikes also in Italy “.

Another Ducati-based creation produced by Mad Factory is made in a single week, on a carburetor base, in clear dirt track style: Spitfire participates in the contest organized in Milan by Deus ex Machina, in spring 2015, whose diktat was dared more, spending less. 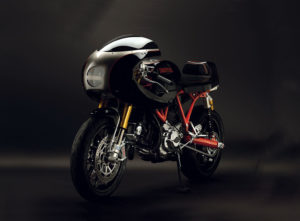 The “Bella” is a special that combines creativity with respect for ducati style. The base is a Sport 1000, the inspiration comes from the MH900e.