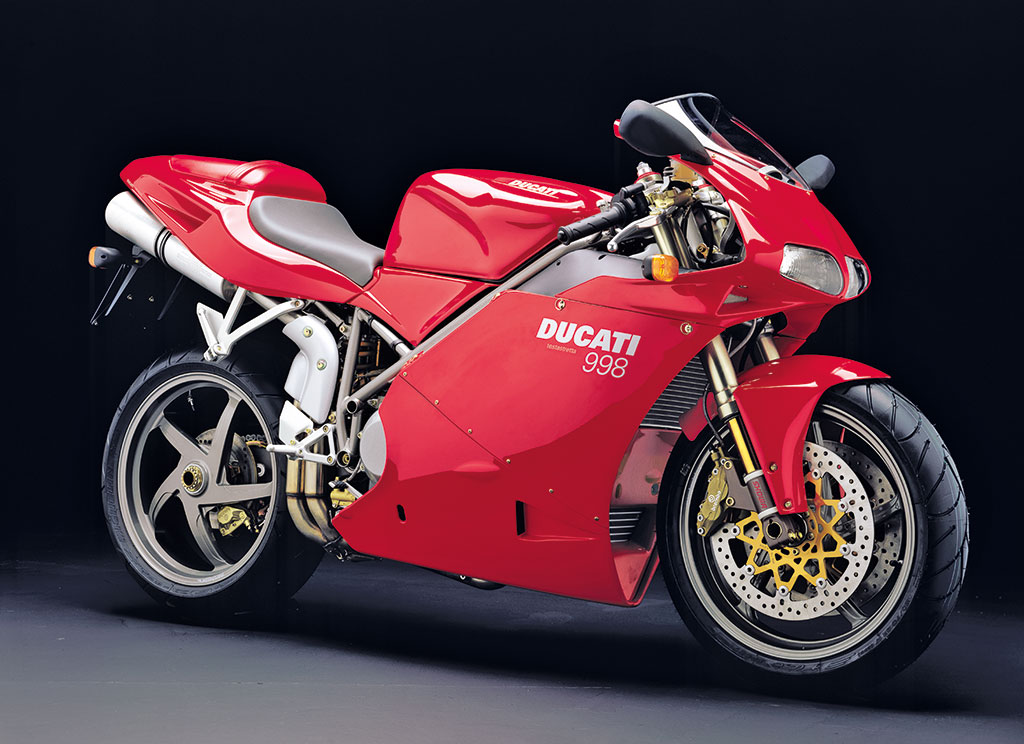 The 998 was the last representative of the Ducati superbike family that began with the legendary 916, thanks to the genius of Massimo Tamburini.

The 998 was unfortunately very short-lived because, presented in 2002 in the three basic versions, S and R, already the following year saw both S and R disappear from the price list, but the basic model also eclipsed the following year, in 2004. The reason for such a short career was the arrival of the 999, a completely new version,…

The 998 was unfortunately very short-lived because, presented in 2002 in the three basic versions, S and R, already the following year saw both S and R disappear from the price list, but the basic model also eclipsed the following year, in 2004. The reason for such a short career was the arrival of the 999, a completely new version, which took its place on the market, but not in the heart of many Ducatisti.

Returning to the Ducati 998,curious was the choice to present it in three versions each with different variant of the Testastretta engine which he had debuted with the 996 R. In fact, the 998 was equipped with the 123 hp to 9750 rpm (11 hp more than the 996 base), with a high cup cast carter, the S of a version of the same engine but with 136 Hp and melted low-cup sand casing (the same one that equipped the 996 R), finally, the R with a 139 hp engine, always with low cup casing.

The latter engine was also characterized by an increase in reaming from 100 to 104 mm, which allowed it to turn higher, and an increased compression ratio compared to 996 R (12.3 versus 11.4).

The entire 998 range featured an airbox with higher volume than before and a new butterfly body with a single superfaith injector, resulting in increased power.

For a complete description of the Testastretta engine, however, we refer you to the dedicated article: a historical document, written directly, by Ing. Filippo Preziosi, technical director of Ducati Corse at the time. 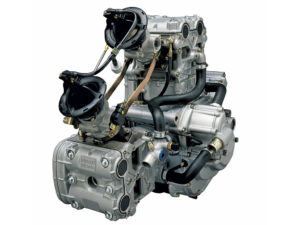 Another novelty was the Marelli 5.9 control unit, which offered superior performance and small dimensions, while for the bike the three versions of the 998 differed considerably: Showa fork on the basic versions and S, Ă–hlins on the R, all with TiN treatment to improve the smoothness of the rods; fully adjustable Ă–hlins shock absorber for all three models; Marchesini wheel rims lightened for the R with racing tyres.

The same applies to brakes; if all had the new 4.5 mm thick discs, the S mounted the same brake pump as the R with a diameter reduced from 16 to 15 mm, just as both were equipped with the so-called “Triple Bridge” pliers.

From an aesthetic point of view, the 998 had fairings derived from those of the 996 R, with the disappearance of the air intakes on the sides and consequent improvement of aerodynamic performance and were offered in single and two-seater versions, with the exception of the R, available exclusively with single-seater saddle.

How is the Ducati 998 going, in different versions

With this version, equipped with reduced cavalry, it was certainly intended to offer the public a motorcycle that is easier to use, while the substantial sportsmanship of the vehicle and its poor comfort remain evident. The main difference from the 996 was its ease of driving, which was evident in the incredible decrease in vibrations that the Narrowhead transmitted to motorcycles and riders. In addition, this dowry had to be combined with a marked improvement in delivery, so that the lower power was not noticeable any more than in the other versions, appreciating more the overall balance of the vehicle.

However, the horses of the 998 two-seater were more than enough to guarantee accelerations and speed tips of absolute respect, with the possibility of constantly exploiting the thruster in the vicinity of 100%.

There are two defects found on this model: the fork a little too soft during sinking and the front braking system characterized by a decent power, but without the sensitivity of the “Triple Bridge”.

As soon as the four 136 Hp valves were turned on (against 126 of the base model) it was immediately clear that the music was very different, and not only from an acoustic point of view. In fact, it is the engine that is responsible for the change: the fluid and constant dispensing of the standard 998 was light years away from the rabid shot with which you are literally pushed out of the corners riding the S.

The difference was the reactivity of the accelerator: while the base responded round and progressive, the S had a virtually instantaneous response to the slightest touch of the gas knob.

Nothing to say about the braking system, clearly at the top, thanks to the triple bridge clamp with four pistons and four pads and the front discs of 320 mm.

The driving position was typical of the supersports car of Casa Ducati, heavy and uncompromising, thanks to which, however, it enjoyed an almost total insertion in the middle.

The S was however intended for expert hands and appropriate contexts, certainly not suitable for a neophyte and for a use that was not the sporty one. Outside this context, the result would certainly have been counterproductive, much better a “quiet” basic 998.

The 998 R marked the maximum expression of the 916project, born by combining the two-cylinder four valves of Ing. Edges to the stylistic talent of Massimo Tamburini.

Della R was amazed at the small cavalry gap compared to the S, i.e. only 3 hp more despite the reaming brought to 104 mm (such as that of the bikes that drove Ben, Ruben and Troy at the time).

Data even more striking given the performance gap that instead divided base and S; however, it should be considered that, at the fluid dynamics level, R maintained the same specifications as S, taking only part advantage of the possible advantages deriving from short stroke. But the delivery and behavior on the track, the only environment congenial to its use, highlighted a great difference, thanks to a truly remarkable extension that made it able to safely cross the edge of 11,000 rpm.

In addition, it was a much lighter bike, thanks to the work carried out on each individual component, reaching a saving of 15 kg compared to the basic model, with 183 kg dry.

The equipment of the R, then, in terms of suspension provided material of the highest quality: the Ă–hlins fork digested any type of maneuver, demonstrating excellent smoothness and equally valid basic calibration.

By virtue of its performance, the R required adequate coverage, on pain of some apprehension in dumping all available power on the ground: in short, the 998 R was a means intended for expert and well-trained hands.

The advice we give to all fans who are lucky enough to own one is still to keep it tight! 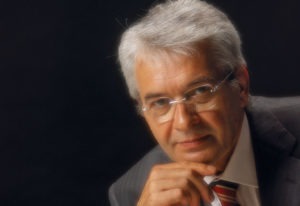